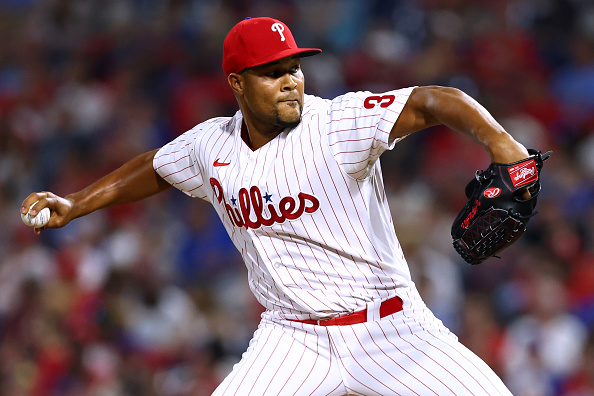 Before taking on the Yankees at Fenway Park on Saturday night, the Red Sox selected the contract of veteran reliever Jeurys Familia from Triple-A Worcester.

Familia, 32, signed a minor-league deal with the Red Sox last Tuesday after being designated for assignment and subsequently released by the Phillies earlier this month. The Dominican-born right-hander had joined Philadelphia on a one-year pact back in March but struggled to the tune of a 6.09 ERA and 4.88 FIP with 33 strikeouts to 15 walks over 38 appearances spanning 34 innings of work.

In his lone outing with the WooSox in Moosic, Pa. this past Thursday, Familia struck out the side on 13 pitches (10 strikes) against the Scranton/Wilkes-Barre RailRiders. He works with a sinker, a four-seamer, a slider, and a splitter.

A veteran of 11 big-league seasons, Familia initially broke in with the Mets in 2012 and emerged as New York’s closer in 2015. He recorded a league-leading 51 saves in 2016 while being named an All-Star for the first time and finishing 17th in National League MVP voting.

Ort, meanwhile, just wrapped up his second stint of the season with Boston. The 30-year-old has pitched to a 9.00 ERA — but a much more respectable 4.05 FIP — to go along with 13 strikeouts to seven walks over 12 appearances (15 innings) with the big-league club so far in 2022.

Sale, on the other hand, saw his 2022 season come to an end last weekend after undergoing surgery to repair a broken right wrist that came as a result of a bicycle accident. The 33-year-old southpaw was already on the 15-day injured list due to a left fifth finger fracture, so he will no longer occupy a spot on Boston’s 40-man roster.

Following Saturday’s series of moves, the Red Sox’ 26-man and 40-man rosters are both currently at full capacity.