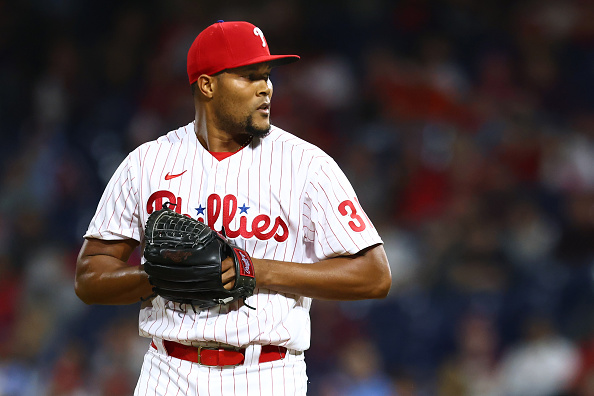 In addition to Sterling Sharp, the Red Sox have also signed veteran reliever Jeurys Familia to a minor-league contract, as was first reported by the Worcester Telegram & Gazette’s Joe McDonald.

Familia, 32, has been assigned to Triple-A Worcester. The right-hander was designated for assignment (and subsequently released) by the Phillies last week after signing a one-year, $6 million deal with the club back in March.

In 38 relief appearances for Philadelphia, Familia posted a dismal 6.09 ERA and 4.88 FIP to go along with 33 strikeouts to 15 walks over 34 innings of work. That includes an ERA of 9.00 across 15 innings dating back to the start of June.

According to Baseball Savant, Familia currently ranks in the bottom one percent of Major League Baseball in hard-hit rate (48.6%), the bottom 11 percent in barrel rate (10.1%), and the bottom 12 percent in average exit velocity (90.3 mph).

Before the MLB lockout began last December, WEEI’s Rob Bradford reported that the Red Sox had expressed interest in Familia as a free-agent, though nothing came to fruition then.

Now, Familia will look to provide Boston with bullpen depth while with the WooSox. The righty becomes the latest veteran the Red Sox have added to their group in Worcester, as he joins the likes of Jose Peraza, Abraham Almonte, and — at some point in the near future — Danny Santana.