Less than two full days after non-tendering them, the Red Sox have brought back infielder Marco Hernandez and left-handed reliever Josh Osich on cheaper, one-year contracts for the 2020 season. The club made the transactions official earlier Wednesday.

Per MassLive.com’s Chris Cotillo, Hernandez’s new deal is a split contract, or one that pays him $650,000 in the majors and also allows him to spend time in the minors if needed.

Hernandez was projected to earn $7 million in salary arbitration for the 2020 campaign, hence the incentive to work out a new deal that saves the Sox a little bit of money.

As for Osich, the 31-year-old reliever is back with Boston on a one-year split contract worth approximately $850,000, per The Boston Globe’s Alex Speier.

Claimed off waivers by the Red Sox back in late October, the former White Sox southpaw posted an ERA of 4.66 and FIP of 4.96 over 57 relief appearances and 67 2/3 innings of work in 2019. He was projected to earn about $1 million in arbitration next year, so once more Boston is saving themselves some change.

With these moves, the Sox’ 40-man roster is back up to 36 players as the winter meetings in San Diego quickly approach.

Following the fallout of the non-tender deadline Monday night, one of the many notable players released by his club was right-hander Taijuan Walker being let go by the Arizona Diamondbacks.

The 27-year-old was a key piece along with Ketel Marte for Arizona in the trade that sent Zac Curtis, Mitch Haniger, and Jean Segura to the Seattle Mariners back in November 2016.

Old friend Mike Hazen, who at the time was just over a month into his new role as Diamondbacks’ general manager, more than likely thought he was getting a key member of his club’s starting rotation in the then-24-year-old Walker. Instead, injuries ravaged the hurler’s time in the desert, and he is now a free agent.

A former first-round pick of the Mariners back in 2010, Walker made just one start for Arizona in 2019, when he pitched one scoreless inning in the team’s final game of the season, after working his way back from Tommy John Surgery, which he underwent in April 2018.

Coming into this winter, the Louisiana native was projected to earn a little more than $5 million in salary arbitration for 2020, but the Diamondbacks must have felt that was too steep a price to pay given the recent health concerns.

When asked about the reason for non-tendering Walker, Hazen emphasized the starting pitching depth his team already has, as in Robbie Ray, Luke Weaver, Mike Leake, Zac Gallen and Merrill Kelly.

“I think if (Walker) comes into camp and he ends up in the pen, through competition, I don’t know that that was an outcome for us that was an ideal solution – probably for either side,” Hazen said Monday. “We think he’s a starting pitcher.”

You know which team could use some major league-ready starting pitching for next season? The Red Sox.

With a projected rotation of Chris Sale, Eduardo Rodriguez, David Price, and Nathan Eovaldi, a fifth spot will be needed. Not to mention that the statuses of Sale, Price, and Eovaldi, both in terms of health and trade rumors, are up in the air at the moment.

In Walker, Boston would get someone who owns a career 3.95 ERA and 4.21 FIP over 97 appearances (94 starts) and 528 1/3 innings pitched. Neither of those first two numbers are particularly elite, but an elite pitcher is not what the Red Sox are looking for.

Sure, there are health concerns, but across baseball, it seems like Walker was viewed as a bounce back candidate for 2020. That is someone that chief baseball officer Chaim Bloom and co. should be willing to take a risk on.

For many, the move to non-tender Hernandez comes as quite the surprise, as the 27-year-old was projected to earn $700,000 in his first year of arbitration eligibility in 2020.

After making his way back from multiple shoulder surgeries in 2019, Hernandez slashed .250/.279/.338 with two home runs and 11 RBI over 61 games with Boston this past season. He also played second base and shortstop.

With Hernandez seemingly out of the picture at this point, options at second base for the Red Sox who are currently on the 40-man roster include C.J Chatham, Michael Chavis, Tzu-Wei Lin, and Dustin Pedroia.

As for Osich, the move to non-tender the 31-year-old comes just over a month after Boston claimed him off waivers from the Chicago White Sox back in late October.

Per MLB Trade Rumors, Osich was set to make $1 million in arbitration in 2020 after spending the first five years of his career between the San Francisco Giants and Chicago White Sox.

Going back to the 40-man roster, left-handed options out of the bullpen the Red Sox now have include Yoan Aybar, Kyle Hart, Darwinzon Hernandez, Bobby Poyner, and Josh Taylor. 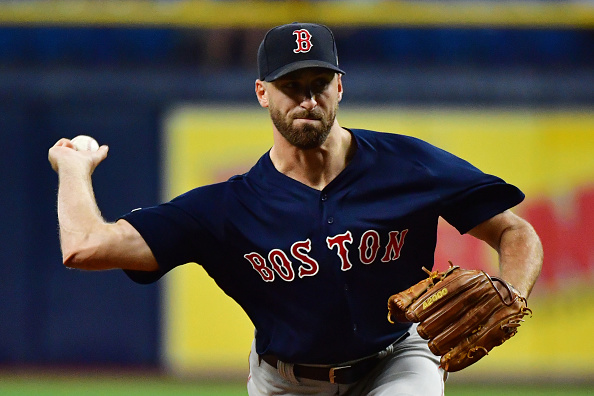 The Philadelphia Phillies claimed right-handed reliever Trevor Kelley off waivers from the Red Sox on Monday. Both clubs made the transaction official.

RHP Trevor Kelley today was claimed off waivers by the Philadelphia Phillies. #RedSox

The #Phillies have claimed RHP Trevor Kelley off waivers from the Red Sox.

A former 36th-round pick out of the University of North Carolina at Chapel Hill in 2015, the Rhode Island native owns a lifetime 2.37 ERA in the minors over 171 relief outings and 247 innings pitched.

Since Kelley was on Boston’s 40-man roster, the Red Sox’ 40-man roster now stands at 36 players with the non-tender deadline just a few hours away as this is being written. 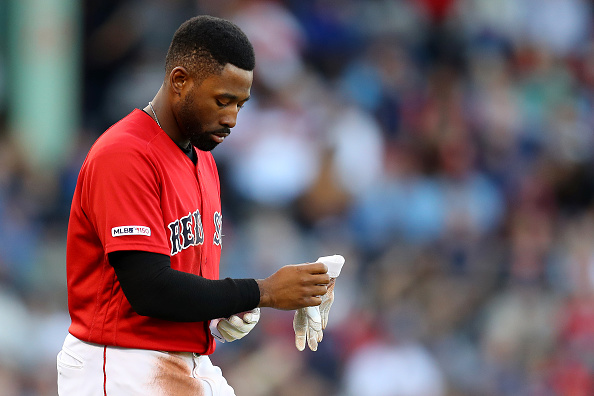 The Red Sox WILL tender a contract to outfielder Jackie Bradley Jr., according to The Boston Globe’s Alex Speier.

The deadline to tender contracts to arbitration-eligible players is tonight. There’d been some question among MLB teams about whether the Red Sox might non-tender Jackie Bradley Jr. That’s not going to happen: Per source, the Red Sox are tendering a 2020 contract to Bradley.

Bradley Jr., who turns 30 in April, is projected to earn $11 million in his final year of salary arbitration in 2020 before becoming a free agent for the first time next winter.

As Speier indicates in the tweet above, there had been a fair amount of speculation surrounding just what the Red Sox would do with Bradley Jr. as they look to cut down on their payroll.

In 147 games this past season, the University of South Carolina product slashed .225/.317/.421 with 21 home runs and 62 RBI while also providing solid defense in center field.

Is that production worth $11 million next season? Well, it’s hard to say. But for now, it appears that Boston will hold on to Bradley Jr. in the hopes that chief baseball officer Chaim Bloom and co. can potentially work out a trade and continue to slash payroll.

The non-tender deadline is at 8 PM ET Monday.

The Red Sox have made their first of what will most likely be many trades under chief baseball officer Chaim Bloom, as the club announced on Monday that catcher Sandy Leon had been dealt to the Cleveland Indians in exchange for minor-league right-hander Adenys Bautista.

Leon, who turns 31 in March, was projected to earn $2.8 million in his final season of arbitration in 2020, hence the move to trade him away on Monday, hours ahead of the deadline to tender arbitration-eligible players for the coming year.

Originally acquired from the Washington Nationals in exchange for cash considerations in March 2015, the Venezuela native’s best year in the majors came in 2016, when upon being called up on June 5th, Leon went on to post an .845 OPS over 78 games that year.

On the other side of this move, the Red Sox acquired 21-year-old right-handed pitching prospect Adenys Bautista, who signed with Cleveland out of the Dominican Republic in June 2018 and posted an ERA of 7.79 over 14 relief appearances and 17 1/3 innings of work between the Dominican Summer League and Arizona League this past season.

By trading Leon, the Sox have created an additional spot on their 40-man roster, which now stands at 37 players.