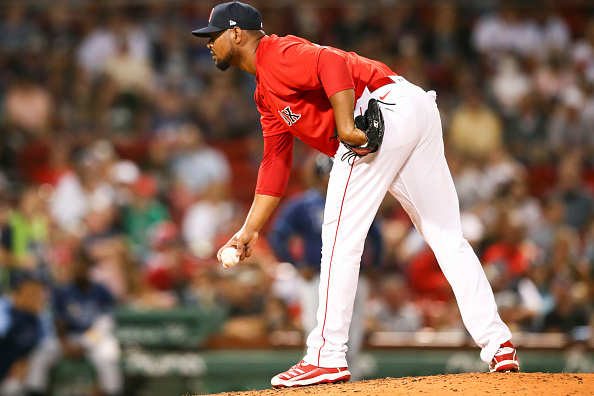 The Red Sox have added four non-roster invitees to their 2022 spring training roster, the club announced earlier Tuesday afternoon. In other words, the signings of right-handers Michael Feliz and Zack Kelly and outfielders Rob Refsnyder and Christin Stewart to minor-league deals have all been made official.

Feliz originally joined the Red Sox on a minor-league pact back in August, at a time when the club was navigating its way through a COVID-19 pandemic and was in need of additional depth.

The 28-year-old had his contract selected from Triple-A Worcester on September 6 and appeared in four games for Boston, allowing a total of two runs on four hits, one walk, and five strikeouts over 5 1/3 innings of relief.

11 days after getting called up, Feliz lost his spot on the Sox’ 40-man roster when he he was designated for assignment. The Dominican-born righty was claimed by the Athletics on Sept. 20, but was designated and subsequently released by Oakland before season’s end.

Since making his major-league debut in 2015, Feliz has posted a 5.33 ERA and 4.14 FIP to go along with 324 strikeouts to 107 walks across 227 appearances (one start) spanning 246 2/3 innings of work between the Astros, Pirates, Reds, Red Sox, and Athletics. He operates with a three-pitch mix that consists of a four-seam fastball, slider, and changeup, per Baseball Savant.

Kelly, on the other hand, also spent at least part of the 2021 season with the Red Sox organization, though he did not and has yet to pitch at the major-league level.

Originally signed to a minors pact by Boston last December, Kelly impressed many this year by putting up a 2.18 ERA, 2.64 FIP, and 69:18 strikeout-to-walk ratio over 36 outings (45 1/3 innings) between Double-A Portland and Triple-A Worcester.

The 26-year-old reliever went undrafted out of Division II Newberry College in 2017 and previously spent time in the Athletics and Angels organizations. After such a successful 2021 campaign, Kelly re-signed with the Sox last month and could very well be on the cusp of making his big-league debut in 2022.

Turning to the position players now, both Refsnyder and Stewart figure to provide the Red Sox with upper-minors outfield depth.

Refsnyder, who turns 31 in March, was initially selected by the Yankees in the fifth round of the 2012 amateur draft and broke in with New York in 2015. Since then, the right-handed hitter has spent time with eight different organizations (Yankees, Blue Jays, Guardians, Rays, Diamondbacks, Reds, Rangers, Twins) while appearing in a total of 232 major-league games over that stretch.

Stewart, who turned 28 earlier this month, was selected by the Tigers in the first round of the 2015 draft out of the University of Tennessee. He made his major-league debut for Detroit in 2018 and spent parts of three seasons (2018-2020) with the club.

Right before the start of the 2021 season, the Tigers designated Stewart for assignment and later outrighted him off their 40-man roster after he cleared waivers. The left-handed hitter spent the entirety of the year with Triple-A Toledo and wound up slashing .254/.339/.538 (127 wRC+) to go along with 13 doubles, five triples, 21 homers, 58 RBIs, 51 runs scored, two stolen bases, 33 walks, and 100 strikeouts in 89 games and 343 plate appearances.

With the additions of Kelly, Feliz, Refsnyder, and Stewart, the Red Sox now have 43 players on their spring training roster. This includes the 39 players currently on Boston’s 40-man roster. 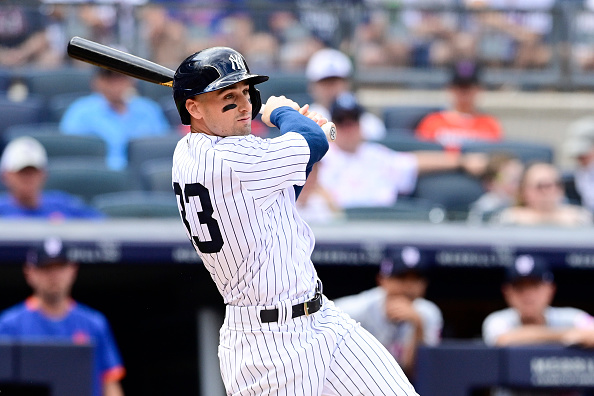 The Red Sox may have non-tendered Tim Locastro on Tuesday night, but the club may already be looking into bringing the speedy outfielder back.

According to MassLive.com’s Chris Cotillo, the Sox are indeed trying to re-sign Locastro, who was projected by MLB Trade Rumors to earn approximately $700,000 in his first year of arbitration eligibility in 2022.

Locastro, 29, was originally claimed off waivers from the Yankees on November 5 and was subsequently added to Boston’s 40-man roster. He spent the 2021 season with the Diamondbacks and Yankees, slashing .180/.263/.252 with four doubles, two home runs, seven RBIs, 15 runs scored, five stolen bases, seven walks, and 33 strikeouts over 64 games (156 plate appearances) between both clubs.

Upon getting traded from Arizona to New York on July 1, Locastro suffered a season-ending injury very early into his Yankees career, as he tore his right ACL in a game against the Red Sox in the Bronx on July 17.

After undergoing season-ending knee surgery on July 21, Locastro later lost his spot on the Yankees’ 40-man roster, thus allowing the Red Sox to claim him in the first place.

As of early November, the right-handed hitting speedster had began running again and was making significant progress in his rehab.

“Tim’s on track for a full recovery from his injury,” Red Sox chief baseball officer Chaim Bloom said in a recent conversation with BloggingtheRedSox.com. “With his speed and athleticism, he’s great depth for us to add at the beginning of the off-season.”

At that time, Bloom also said, “We’ll see how things play out from here.” Less than a full month later, it turns out Boston has removed Locastro from their 40-man roster.

Taking his elite speed and the fact that he plays all three outfield positions into consideration, there is an appeal to Locastro’s game. The former 13th-round draft pick out of Ithaca College does not turn 30 until next July, has one minor-league option year remaining, and is also under club control through 2024.

With that being said, Cotillo notes that in their efforts to retain Locastro, the Red Sox could get the New York native to sign a minor-league deal for the 2022 season that would include an invite to major-league spring training.

Boston has, after all, been active in minor-league free agency as of late. On Tuesday, the club reportedly inked outfielders Rob Refsnyder and Christin Stewart to minor-league contracts for the 2022 campaign.

Adding Locastro via another minors pact would only further strengthen the Sox’ outfield depth behind the likes of Alex Verdugo, Enrique Hernandez, Hunter Renfroe, and Jarren Duran.

On another note, it is worth mentioning that Locastro was one of 41 players to not be tendered a contract by their respective teams on Tuesday. It’s likely that the Red Sox will be involved in talks with those who have recently been made free agents before the impending work stoppage begins on Wednesday night. 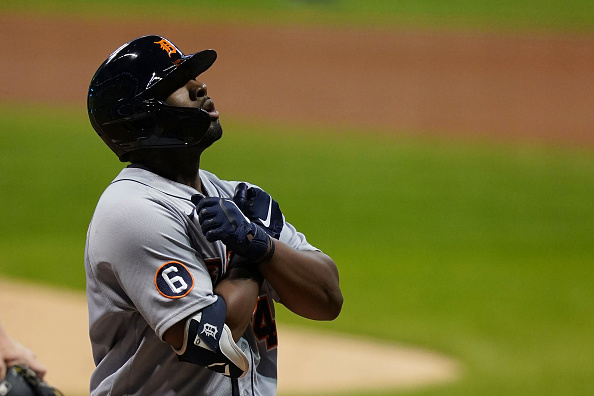 The Red Sox have signed outfielder Christin Stewart to a minor-league contract for the 2022 season, according to WEEI’s Rob Bradford. The deal includes an invite to major-league spring training.

Stewart, who turns 28 on December 10, was originally selected by the Tigers in the first round of the 2015 amateur draft out of the University of Tennessee. He made his big-league debut in September 2018 and spent parts of three major-league seasons with Detroit (2018-2020) before becoming a free agent earlier this month.

Leading up to the 2021 season, Stewart was designated for assignment by Detroit in early April and was subsequently outrighted to the club’s alternate training site/Triple-A affiliate shortly thereafter.

A native of Atlanta, Stewart has only played left field at the major-league level, but he did see a significant amount of his playing time with Toledo come in right field this year.

Listed at 6-foot and 220 pounds, Stewart is represented by the Boras Corporation. He has three minor-league options remaining and could remain under club control through the end of the 2025 campaign.

By inking Stewart to a minor-league pact for the 2022 season, the Red Sox have continued to add to their upper-minors outfield depth at Triple-A Worcester after signing fellow outfielder Rob Refsnyder on Tuesday as well.