Former Red Sox minor-league outfielder Tate Matheny announced his retirement from the game of baseball on Monday afternoon. He made the announcement through a heartfelt statement on Instagram.

The son of former major-league catcher and current Royals manager Mike Matheny, Tate was selected by the Sox in the fourth round of the 2015 amateur draft out of Missouri State University. After signing with Boston that summer, the St. Louis native made his pro debut for the Lowell Spinners of the New York-Penn League.

By the end of the 2019 season, Matheny had made it as far as the Triple-A level. The COVID-19 pandemic may have put Minor League Baseball on hold in 2020, but the right-handed hitter was able to work his way back into the fold in 2021.

Matheny, who turned 28 earlier this month, became a minor-league free agent at the conclusion of the 2021 campaign. It took some time, but he ultimately decided to hang up the cleats after spending all seven years of his professional career with the Red Sox organization.

“I don’t know how to even start this post I just have so much to be thankful for,” Matheny wrote in part on Instagram earlier Monday. “This game has brought me so many gifts. The friends I’ve met, the lessons I’ve learned, have come from this game but it’s time to say goodbye.”

As for what he has planned next, Matheny wrote: ” I am nothing but grateful for what this game has given me! I can’t wait for the next chapter in our lives!”

In terms of personal accolades, the 6-foot, 180 pounder was named the Red Sox’ Minor League Base Runner of the Year in 2017. He was also recognized by Baseball America as the top defensive outfielder in Boston’s farm system entering the 2018, 2019, and 2020 seasons.

While it is unclear what Matheny has in store for this next phase of his life, it should be interesting to see if he follows in his father’s footsteps by pursuing a career in coaching.

Regardless of that, we at Blogging the Red Sox wish Matheny and his family the best moving forward.

The Red Sox have signed veteran catcher Chris Herrmann to a minor-league contract, according to @iTalkStudiosYT on Twitter and confirmed by MassLive.com’s Chris Cotillo. The deal includes an invite to major-league spring training.

Herrmann, 33, spent the majority of the 2020 season at the Giants’ alternate training site after signing a minor-league pact with the club in late July.

For his big-league career, which spans parts of eight seasons with four teams (Twins, Diamondbacks, Mariners, Athletics), the Texas native owns a lifetime .205/.282/.344 slash line to go along with 25 home runs and 103 RBI over 370 total games played, more than half of which came with Arizona in 2016-2017.

While primarily a catcher, Herrmann — a product of the University of Miami and former 2009 sixth-round draft pick of the Twins — does have limited experience at first base as well as all three outfield positions.

In signing a minor-league contract with the Sox, the 6-foot, 200 lb. backstop will join a catching mix at big-league camp in Fort Myers that includes the likes of Christian Vazquez, Kevin Plawecki, Connor Wong, Jhonny Pereda, and Roldani Baldwin.

Leading up to the start of spring training, it seemed like Boston was primed to add a veteran catcher in some capacity to fill the void left behind by Jett Bandy and Juan Centeno, and they have now done that by inking Herrmann for the 2021 season.

The Red Sox have signed free-agent right-hander Matt Carasiti to a minor-league contract for the 2021 season, according to WEEI’s Rob Bradford. The deal also includes an invite to major-league spring training.

A native of Berlin, Conn., Carasiti was originally selected by Colorado in the sixth round of the 2012 amateur draft out of St. John’s University in Queens.

He also has experience overseas, as he pitched for the Yakult Swallows of Nippon Professional Baseball in 2018 before coming back over to the states.

Around this time last year, Carasiti inked a minor-league pact with the San Francisco Giants only to undergo Tommy John surgery in March.

Per Bradford, the New England-born hurler recently held a workout for approximately nine clubs in Connecticut, leading to his signing with the Sox.

Based off data from Baseball Savant, Carasiti works with a sinker, a cutter, a forkball, and a changeup.

(h/t Chris Hogan for the video)

Carasiti will have the opportunity to further showcase this pitch mix while competing for a spot in the Red Sox’ Opening Day bullpen next month, though he will likely begin the year with Triple-A Pawtucket in more of a depth role.

The Red Sox have signed free-agent right-hander Jose Adames to a minor-league contract for the 2021 season, per MLB.com’s transaction wire. It’s unclear at this point if the deal includes an invite to major-league spring training.

Adames, who turned 28 earlier this month, has spent the last eight seasons with the Reds and Marlins organizations.

Originally signed by Miami out of the Dominican Republic in 2010, Adames has never pitched above the Class-A level due in part to the amount of time he has missed because of injury.

The 6-foot-2, 165 lb. hurler has undergone Tommy John surgery on two separate occasions in his professional career — the first of which came in September 2016, the second of which came in June 2018 — which resulted in him missing the entirety of the 2017 and 2018 minor-league seasons as well as the majority of 2019.

In brief stints with the Ariziona League Reds and rookie-league Billings Mustangs at the tail end of the 2019 campaign, Adames “came out firing fastballs in the upper 90s each time, and struck out 8 of the 16 hitters he faced,” according to RedsMinorLeague.com’s Doug Gray.

This past season, Adames was not included in Cincinnati’s major-league spring training roster, though he did get the chance to appear in two Cactus League games against the Rangers and Cubs on February 24 and March 7.

The fireballer managed to work a scoreless frame in each of those outings while also topping out at 100 mph with his fastball at one point.

With the 2020 minor-league season getting cancelled due to the ongoing COVID-19 pandemic, Adames did not get the opportunity to pitch in organized games over the summer, nor was he part of the Reds’ 60-man player pool at any point last year.

He did however pitch for Águilas Cibaeñas of the Dominican Winter League, allowing six runs (five earned) on three hits and five walks over two relief appearances and 2 2/3 innings of work.

With his new organization, Adames, who projects as potential upper minor-league bullpen depth, will look to make a positive first impression in Fort Myers if he is indeed invited to big-league spring training.

He does bring with him some rave reviews from members of the Reds’ player development staff, including pitching coordinator Kyle Boddy. 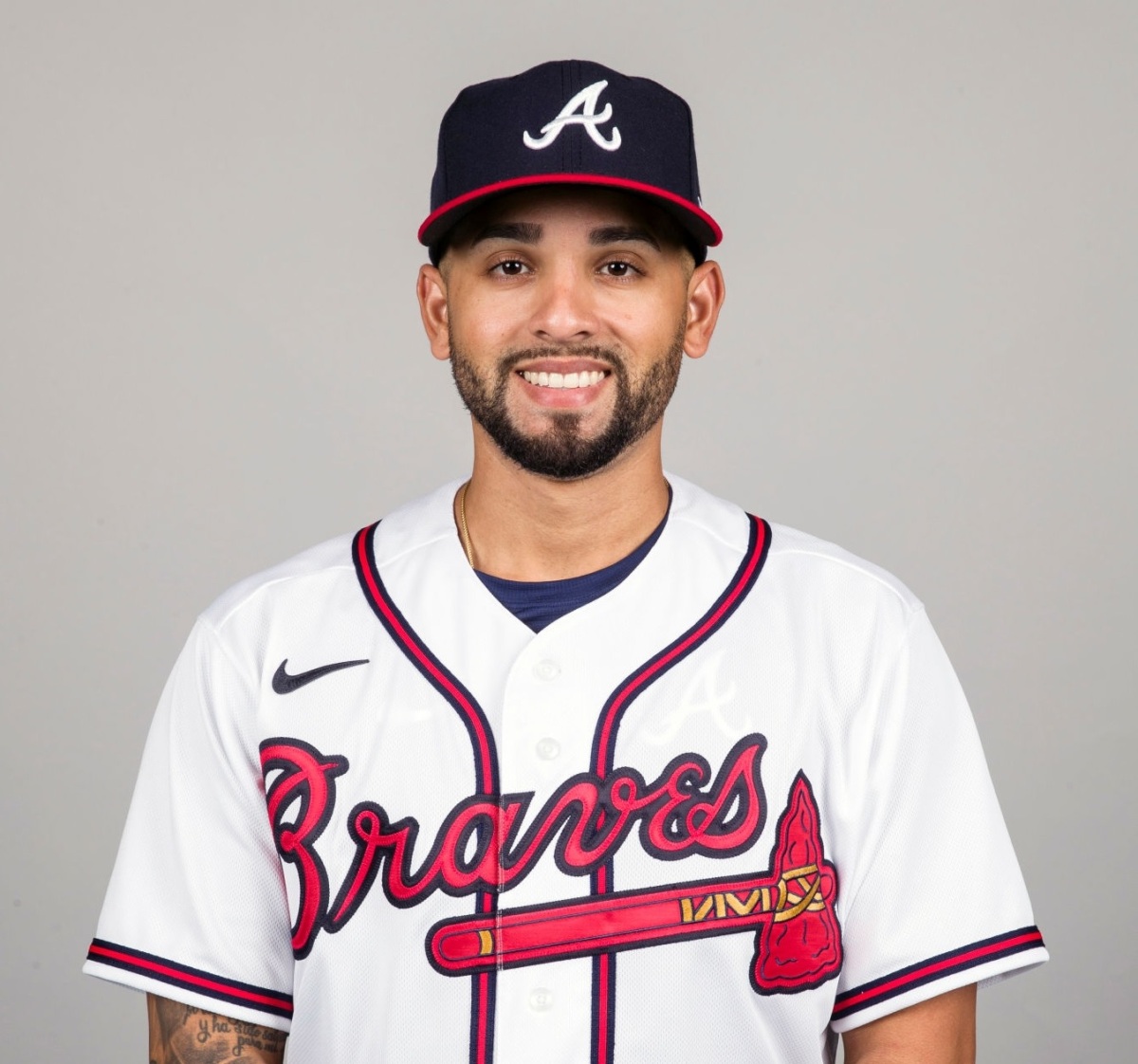 The Red Sox have signed free-agent infielder Jack Lopez to a minor-league contract for the 2021 season, per MLB.com’s transaction wire. It’s unclear at this point if the deal includes an invite to major-league spring training.

Lopez, who turned 28 last month, was originally drafted by the Royals in the 16th round of the 2011 amateur draft out of Deltona High School (Fla.).

Since then, the native of Puerto Rico has spent time in the Royals and Braves’ organizations, accruing a career .237/.290/.324 slash line to go along with 42 home runs, 282 RBI, and 130 stolen bases over 820 total minor-league contests between the Rookie League, Class-A, Advanced-A, Double-A, and Triple-A levels.

This winter, Lopez has been playing in the Puerto Rican Winter League for Indios de Mayaguez, who are currently in that league’s championship series against Red Sox manager Alex Cora’s hometown Criollos de Caguas.

In 13 games with Mayaguez, Lopez has posted a .655 OPS over 52 plate appearances while also drawing eight walks and swiping three bases.

Capable of playing all over the infield and in addition to some corner outfield, Lopez could potentially serve as upper-level minor-league depth in his new role with the Sox.

The 5-foot-10, right-handed hitter’s baseball roots run deep, as he is the son of former minor-league backstop and major-league bullpen catcher Juan Lopez and the nephew of former Royals infielder Onix Concepcion.

A one-time commit to the University of Miami, Lopez already has some Red Sox connections given the fact that he is followed on Instagram by the likes of Cora and Enrique Hernandez.