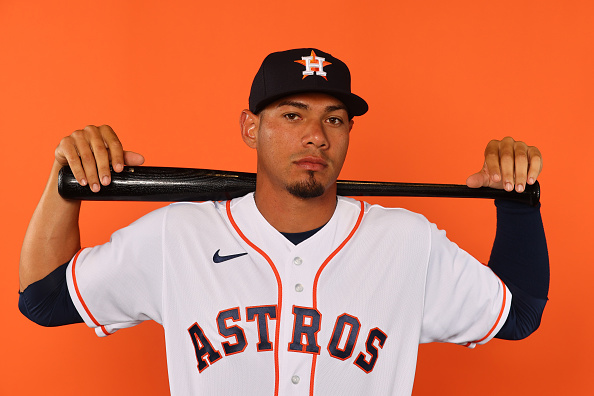 The Red Sox have signed infielder Edwin Diaz to a minor-league contract for the 2023 season, per Melissa Lockard of The Athletic. It is unclear if the deal includes an invite to major-league spring training.

Diaz, 27, is not to be confused with the All-Star closer for the Mets. While they both hail from Puerto Rico, the Diaz the Red Sox are signing has yet to break in at the big-league level.

A native of Vega Alta, Diaz was originally selected by the Athletics in the 15th round of the 2013 amateur draft out of Ladislao Martinez High School. He made his professional debut in the rookie-level Arizona League that July and has since appeared in a total of 717 minor-league games across nine seasons.

After reaching free agency for the first time in his career at the conclusion of the 2021 campaign, Edwin signed a minors pact with the Astros during the lockout that December. The right-handed hitter missed the first two months of the 2022 season with an undisclosed injury. He then batted .168/.254/.376 with two doubles, one triple, nine home runs, 24 RBIs, 20 runs scored, two stolen bases, 17 walks, and 60 strikeouts in 44 games (169 plate appearances) with Double-A Corpus Christi before moving up to Triple-A Sugar Land in late August.

On the other side of the ball, Diaz — who is described by Lockard as slick-fielding — has experience at every infield position besides pitcher and catcher. This past season, for instance, the versatile 6-foot-2, 223-pounder logged 18 innings at first base, 191 1/3 innings at second base, 104 innings at third base, and 276 1/3 innings at shortstop between Corpus Christi and Sugar Land.

Diaz, who turns 28 in August, should provide Boston with experienced infield depth regardless of where he starts the 2023 season (Portland or Worcester). If he receives an invite to big-league spring training, he would become the ninth player to get one thus far, joining the likes of Jorge Alfaro, Greg Allen, Narciso Crook, Niko Goodrum, Caleb Hamilton, Ronaldo Hernandez, Oddanier Mosqueda, and Norwith Gudino.

In the meantime, Diaz is coming off a solid offseason in the Puerto Rican Winter League in which he batted .229/375/.418 with eight homers and 29 RBIs over 48 games (192 plate appearances) for the Criollos de Caguas (Alex Cora’s hometown team). Ramon Vazquez served as Diaz’s manager in Caguas before being named Red Sox bench coach back in November. 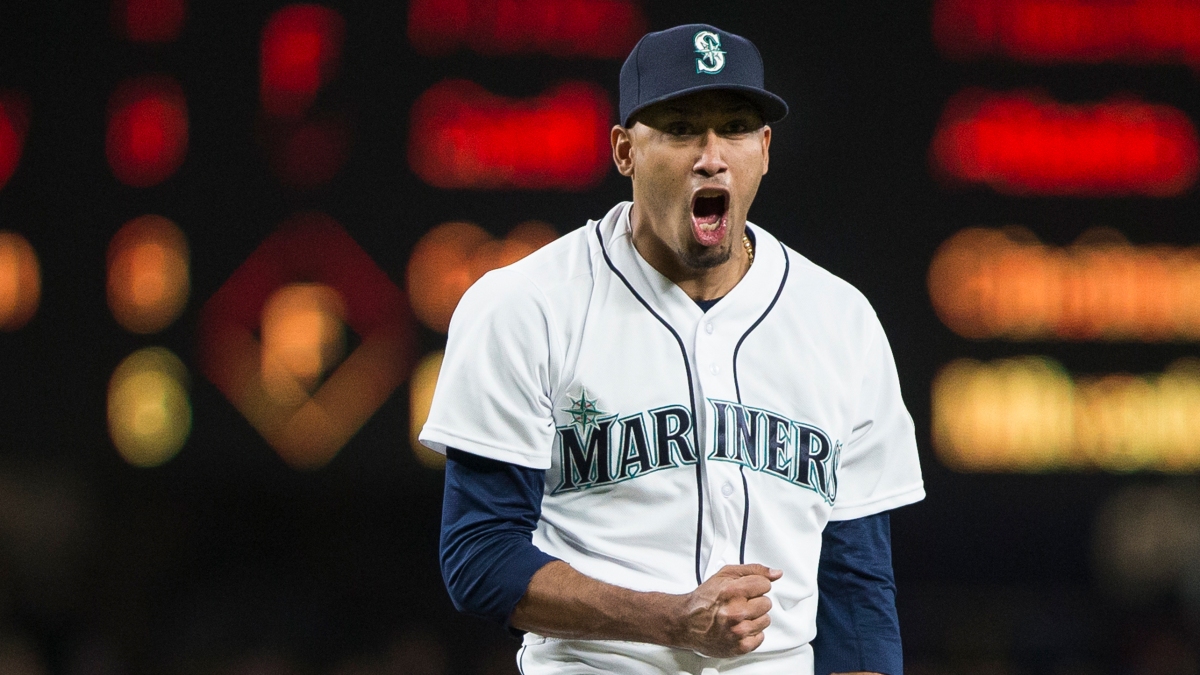 On Tuesday night, the New York Post’s Joel Sherman reported that the Boston Red Sox were one of five teams interested in acquiring the services of Mariners closer and 2018 American League Reliever of the Year Edwin Diaz.

https://t.co/J2WdkYr3I5 the #Mariners are “motivated” to move Cano, enough that they are thinking of attaching Diaz in some scenarios. Most interested so far in Diaz: #Mets #Yankees #Phillies #Braves #Redsox. At bottom, Atl gambling that Sept was the real Donaldson/McCann.

In his report, Sherman states that outside of Boston, other players for Diaz include the New York Mets, New York Yankees, Atlanta Braves, and Philadelphia Phillies.

Given the fact that the Mariners dealt their ace, James Paxton, to the Yankees earlier in the month, it does appear as though Seattle GM Jerry Dipoto’s club is heading towards a retooling period beginning in 2019.

With that in mind, parting ways with the best closer in the American League West in exchange for a haul of prospects makes sense.

At just 24 years old, not only is Diaz coming off an elite season in which he recorded 57 saves and posted a K/9 of 15.2, he also has four more years of team control left before hitting free agency in 2022.

The Red Sox certainly do not have the farm system to produce the prospects the Mariners would be seeking in this potential deal, but if the club’s interest is that strong, there may be a way to get it done, albeit at a hefty price.

“Seattle is willing to consider less if a team takes on [Robinson] Cano, who is 36 and served an 80-game suspension last year for testing positive for a banned substance,” Sherman reports.

An eight-time All-Star, Cano inked a 10-year, $240 million deal with the Mariners prior to the start of the 2014 season, meaning there is still five years and $120 million remaining on his contract.

With the Red Sox 2019 payroll already looking like it’s going to be one of the more expensive in baseball once again, it’s hard to imagine a scenario where President of Baseball Operations Dave Dombrowski, or even principal owner John Henry, would be willing to take that much money on, especially when the team still owes second baseman Dustin Pedroia $40 million over the next three years.

Similar to how Dombrowski acquired another elite closer and current free agent in Craig Kimbrel from the San Diego Padres with three-years remaining on his previous contract, landing Diaz for at least his age 25 to 28 seasons would be something.

But, barring a way the Red Sox find a position for Cano to play on a regular basis, I don’t believe the club has the prospects to offer that the Yankees, Phillies, or Braves have in order to get a deal done.

Regardless of that though, Diaz would be a fantastic addition to the end of a bullpen that had their struggles throughout the 2018 season. Winter Meetings begin on December 9th in Las Vegas, so maybe talks will materialize there. 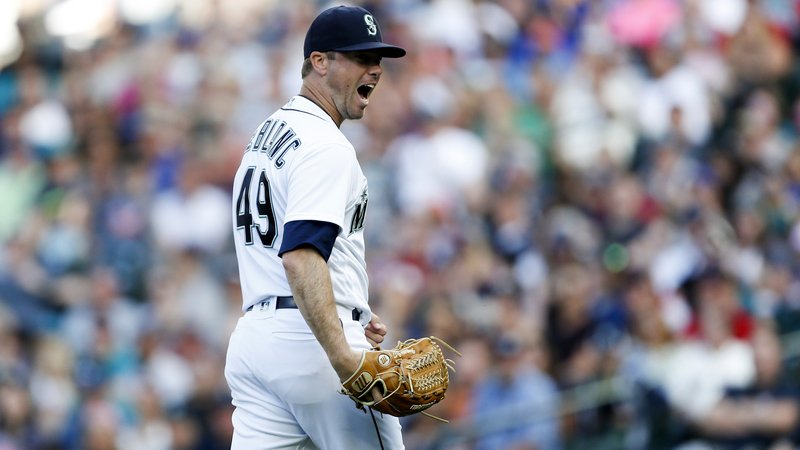 In a game that took under two-and-a-half hours to complete, the Red Sox found themselves getting shutout for the second time in their last nine games.

Making his third start and ninth appearance of the season on Saturday evening, Steven Wright stayed dominant in another quality seven innings of work. In those seven innings, the righty allowed just one run on five hits and two walks while fanning four Mariners.

The only real trouble Wright ran into came in the third, when Seattle scored their only run of the game. That happened when, after Dee Gordon and Mitch Haniger both reached on singles off of Wright, Nelson Cruz drove in Gordon on a two out RBI single to left field. With that run coming across, the knuckleballer’s scoreless innings streak came too an and at an impressive 24.2 innings pitched, the second longest such streak this season (Daniel Mengden, Oakland Athletics, 25 IP).

Other than that, Wright did not find himself in too many stressful spots, and his performance was certainly worthy of a win. Unfortunately, his lineup did nothing to pick him up.

Finishing with 106 pitches (68 strikes) on the day, the California native relied on his knuckleball a whopping 84% of the time. With his next start expected to take place against the Mariners again next Friday, look for Wright to continue this outstanding run he has been on.

In relief of Wright, Alex Cora need to turn to just one pitcher in the eighth inning, and that pitcher was Brandon Workman. Having not appeared in a game since this past Wednesday, Workman gave up a one out double to Jean Segura in an otherwise shutdown inning of work. You figure only one run in eight innings would be good enough for the win, but a las, it was not.

On the other side of things, Mariners starter Wade LeBlanc, a guy who has pitched for seven different teams in 10 big league seasons, had himself the outing of his life yesterday.

Mookie Betts led things off in the first by ripping a single to left field. From that point on, LeBlanc proceeded to retire the next 22 batters he faced. It was not until Eduardo Nunez singled with two outs in the top half of the eighth when the Red Sox finally had another baserunner. That would end LeBlanc’s stellar day, and he did it all with an efficient pitch count of 98 pitches (73 strikes).

Old friend Alex Colome would come in to get the last out of the eighth by getting Mitch Moreland to pop out and Mariners closer Edwin Diaz recorded his second save in less than 24 hours by striking out the side in the ninth.

Heading into the series finale this afternoon in a 2-1 hole, the Red Sox will look to Eduardo Rodriguez for the split. He’ll be matched up against Mariners righty Mike Leake. Not only does a win ensure a series split with one of the hotter teams in the American League, it also ensures a 5-2 start to the road trip heading into an off day on Monday. First pitch of the fourth game is schedules for 4:10 PM ET.