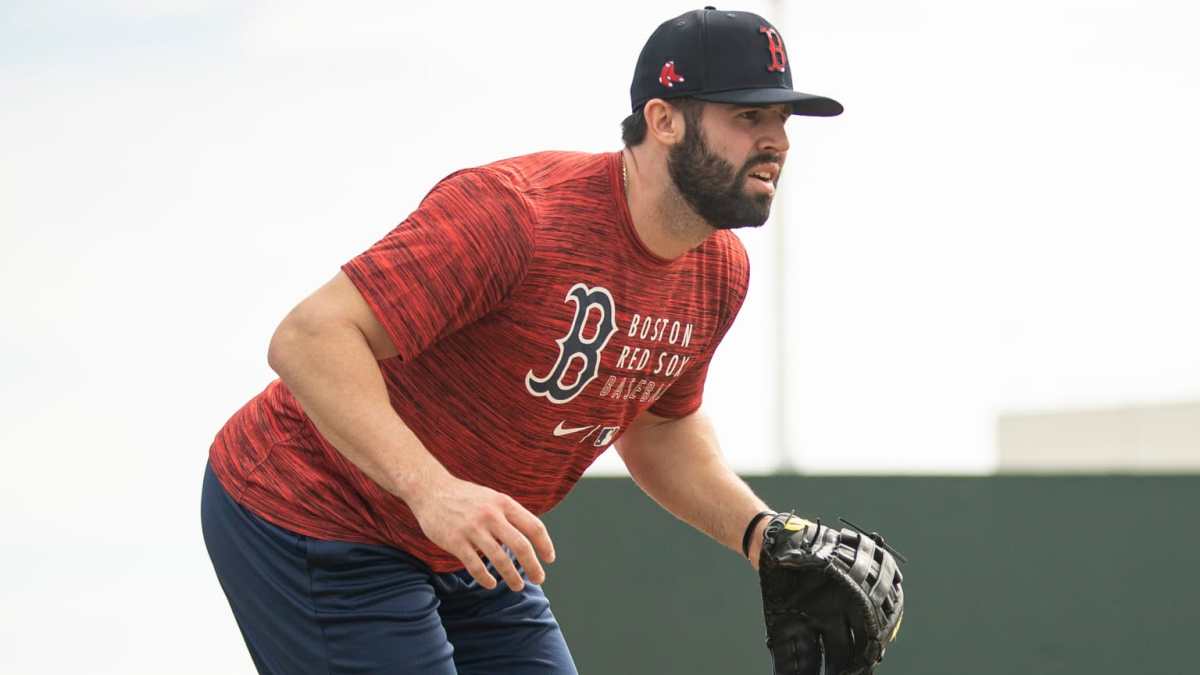 Alex Binelas enters his first season with the Red Sox as the organization’s No. 17 prospect, according to Baseball America’s rankings.

After being selected by the Brewers in the third round of last year’s draft out of the University of Louisville, Binelas’ time with his hometown team came to an abrupt end when he (and fellow prospect David Hamilton) was traded to the Red Sox alongside outfielder Jackie Bradley Jr. for Hunter Renfroe in early December.

It was a move that evoked plenty of emotion for Binelas, a Wisconsin native who grew up in the suburbs of Milwaukee and less than 20 miles away from American Family Field.

When he was taken by the Brewers last July, Binelas had just recently wrapped up his third and final season with Louisville. In 50 games with the Cardinals, the 21-year-old junior slashed .256/.348/.621 with 19 home runs and 63 RBIs across 230 trips to the plate.

Regarded by Baseball America as the 77th-ranked draft-eligible prospect in the 2021 class, Binelas signed with Milwaukee for $700,000 and was assigned to the rookie-level Arizona Complex League Brewers Gold out of the gate. It took all of seven games for the left-handed hitting infielder to earn a promotion to Low-A Carolina on August 16.

Defensively, Binelas saw time at both corner infield positions in his first exposure to pro ball, as was the case throughout his college career. With Carolina in particular, the 6-foot-3, 225 pounder logged a total of 42 2/3 innings at first base and 167 innings at the hot corner.

Since he was unaffected by this off-season’s lockout, Binelas was one of several Red Sox minor-leaguers who participated in the team’s Winter Warm-Up program back in January. Spring training began shortly thereafter, allowing Binelas to see some action in one Grapefruit League game thus far.

Two days before making his Grapefruit League debut this past Thursday, Binelas was identified by Baseball America’s Geoff Pontes as one of the top raw power prospects in the game since he hit the ball hard and far on a consistent basis last year.

Binelas, who turns 22 in May, is projected by SoxProspects.com to make the jump to High-A Greenville for the start of the 2022 campaign. His first full season as a professional should be one worth watching.