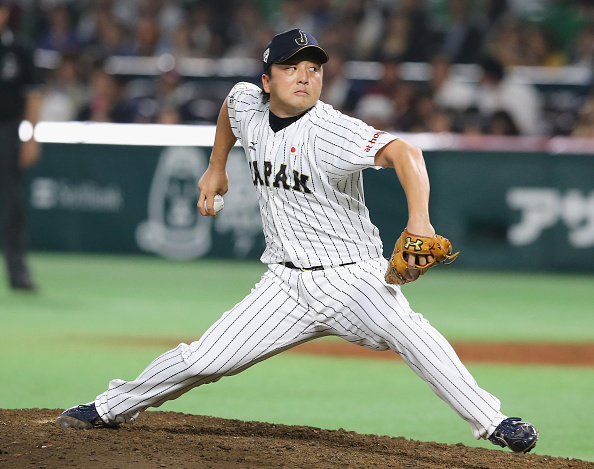 The Red Sox have officially signed right-hander Hirokazu Sawamura to a two-year contract that includes a dual club/player option for the 2023 season, the team announced Tuesday.

In order to make room for Sawamura on their 40-man roster, Boston also designated left-hander Jeffrey Springs for assignment.

Rosenthal also described Sawamura’s option as “conditional and complex,” and seeing how it is a dual club/player option, that would fit said description.

For this year alone, Sawamura will count as a $1.2 million hit against Boston’s competitive balance tax threshold.

The soon-to-be 33-year-old hurler had been pitching in Japan’s Nippon Professional Baseball Organization since 2011, mostly for the Yomiuri Giants.

This past season, Sawamura got off to a tough start with Yomiuri and was ultimately dealt to the Chiba Lotte Marines as part of a midseason trade between the clubs.

Once he arrived in Chiba City though, things turned around for the better for the Japanese-born righty.

Across 22 relief appearances spanning 21 total innings of work, Sawamura posted a dazzling 1.71 ERA and 0.95 WHIP to go along with 29 strikeouts and just 10 walks.

Sawamura’s pitch arsenal consists of a 94-99 mph four-seam fastball, a swing-inducing splitter, and a below-average slider.

With his new club, Sawamura figures to slide into a late-inning role alongside the likes of Matt Barnes, Adam Ottavino, Ryan Brasier, Darwinzon Hernandez, and Josh Taylor.

As for Springs, the 28-year-old southpaw was designated for assignment 13 months after the Red Sox acquired him from the Texas Rangers in exchange for infielder Sam Travis.

That being said, there was a stretch from August 31 through September 23 of last season in which the North Carolina native thoroughly impressed to the tune of a 2.53 ERA and 2.39 xFIP over nine appearances out of the Sox’ bullpen.

Considering the fact he still has three minor-league options remaining, it would not be all that surprising to see another team take a chance on Springs through waivers.

Having said that, the Red Sox will have seven days to either trade Springs, release him, or try to sneak him through waivers themselves.

On another note, Boston’s 40-man roster is back at full capacity, so there will be another move to make in order to accommodate the signing of Marwin Gonzalez, which should be made official in the coming days.