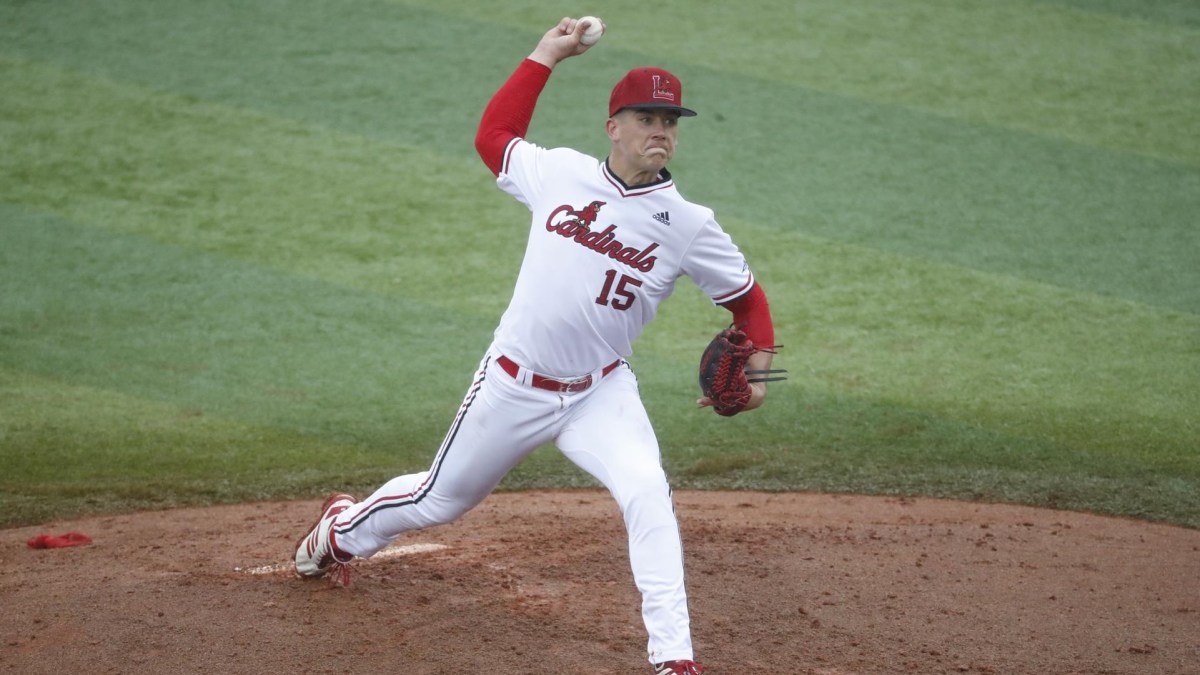 In his latest 2020 mock draft for The Athletic, Keith Law has the Red Sox taking University of Louisville right-hander Bobby Miller with their top pick at No. 17 overall.

Law writes the following of Miller:

Miller has been up to 98 mph as a starter with an above-average slider, showing some effort in the delivery but missing plenty of bats for the Cardinals, with mid-rotation or closer potential.

Ranked by MLB Pipeline as the No. 26 overall draft-eligible prospect and seventh among right-handed hurlers out of college, Miller posted a 2.31 ERA and .181 batting average against over four starts and 23 1/3 innings pitched for the Cardinals this season before the COVID-19 pandemic halted collegiate athletics across the country.

Listed at 6’5″ and 220 lbs., the 21-year-old junior was a 38th round selection of the Baltimore Orioles three years ago, but he opted to honor his commitment to Louisville rather than sign with the club out of high school

Per his MLB Pipeline scouting report, the Illinois native’s “fastball is notable for both its heat — he sat at 95-96 mph throughout his dominance of East Carolina and worked at 97-99 in shorter stints in the fall — and its heavy life. He also can miss bats with a slider/cutter that usually operates at 85-87 and reached 90 during the fall. He has faith in a splitter/changeup with similar velocity and employs a more traditional change in the low 80s.”

One thing to watch with Miller though, as Law mentions, is his delivery, which “limits his control and has some scouts wondering if he’s destined to be a reliever in the long run.”

In the months leading up to the 2020 draft, which is now just under two weeks away, the Red Sox have been linked to a handful of college pitchers, but according to MLB.com’s Jim Callis, Boston seems more likely to take a prep prospect like Mick Abel, Jared Kelley, Nick Bitsko, Ed Howard, or Pete-Crow Armstrong if one of them is still on the board at No. 17.

With chief baseball officer Chaim Bloom and amateur scouting director Paul Toboni leading the charge, the Sox will be limited to just four picks in this year’s five-round draft, the shortest in MLB’s history, and will have a grand total of $5,129,200 in slot money to spend on whichever four prospects they select from June 10 through the 11th.