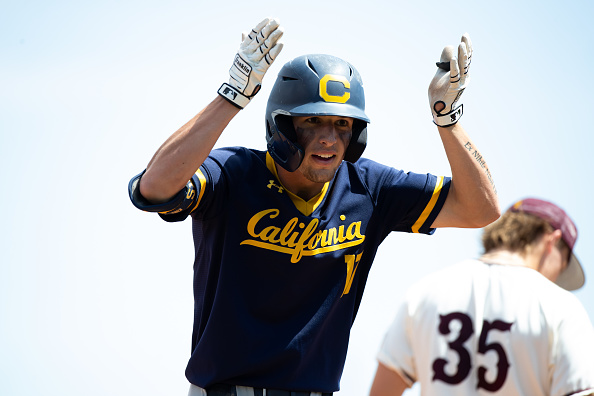 In his first mock draft of the year for Bleacher Report, Joel Reuter has the Red Sox taking University of California, Berkeley outfielder Dylan Beavers with their top pick at No. 24 overall in the first round.

The Red Sox, Reuter writes, “have long shown a willingness to bet on upside, and Beavers could be one of the better power bats in the class.”

Beavers, who turns 21 in August, is currently regarded by Baseball America as the 38th-ranked prospect in this year’s draft class. Coming into play on Friday, the left-handed hitting junior has batted .292/.423/.651 with 16 doubles, three triples, 16 home runs, 48 RBIs, 55 runs scored, seven stolen bases, 45 walks, and 48 strikeouts over 51 games (248 plate appearances) this season for the Golden Bears.

Defensively, Beavers has seen all of his playing time this season come in right field. The 6-foot-4, 206 pounder has registered two outfield assists and three errors thus far, which is good for a .972 fielding percentage.

Per his Baseball America scouting report, Beavers possesses a solid base of tools and has a projectable frame “that should add more strength and raw power.” In regards to his defense, it notes that the 20-year-old has played “center field in the past… but profiles better in a corner at the next level.”

While there is a lot to like about Beavers’ game, some concerns arose last summer as he struggled while playing in both the Cape Cod Baseball League and for Team USA’s collegiate national team. As noted by Baseball America “some scouts thought his swing stiffened up over the summer and a lowering of his back elbow has created some inconsistencies” in his approach.

That being said, Beavers still has plenty of intriguing potential, which is precisely why the California native is projected to go in the first round of this year’s draft on July 17 in Los Angeles.

The recommended slot value for the 24th overall pick in the 2022 amateur draft comes in at roughly $2.975 million. The Red Sox last used a first-round selection on a college outfielder in 2015, when they took Andrew Benintendi at No. 7 out of the University of Arkansas.

Besides Beavers, Boston has been linked to other college outfielders such as Tennessee’s Jordan Beck and Drew Gilbert in recent mock drafts.