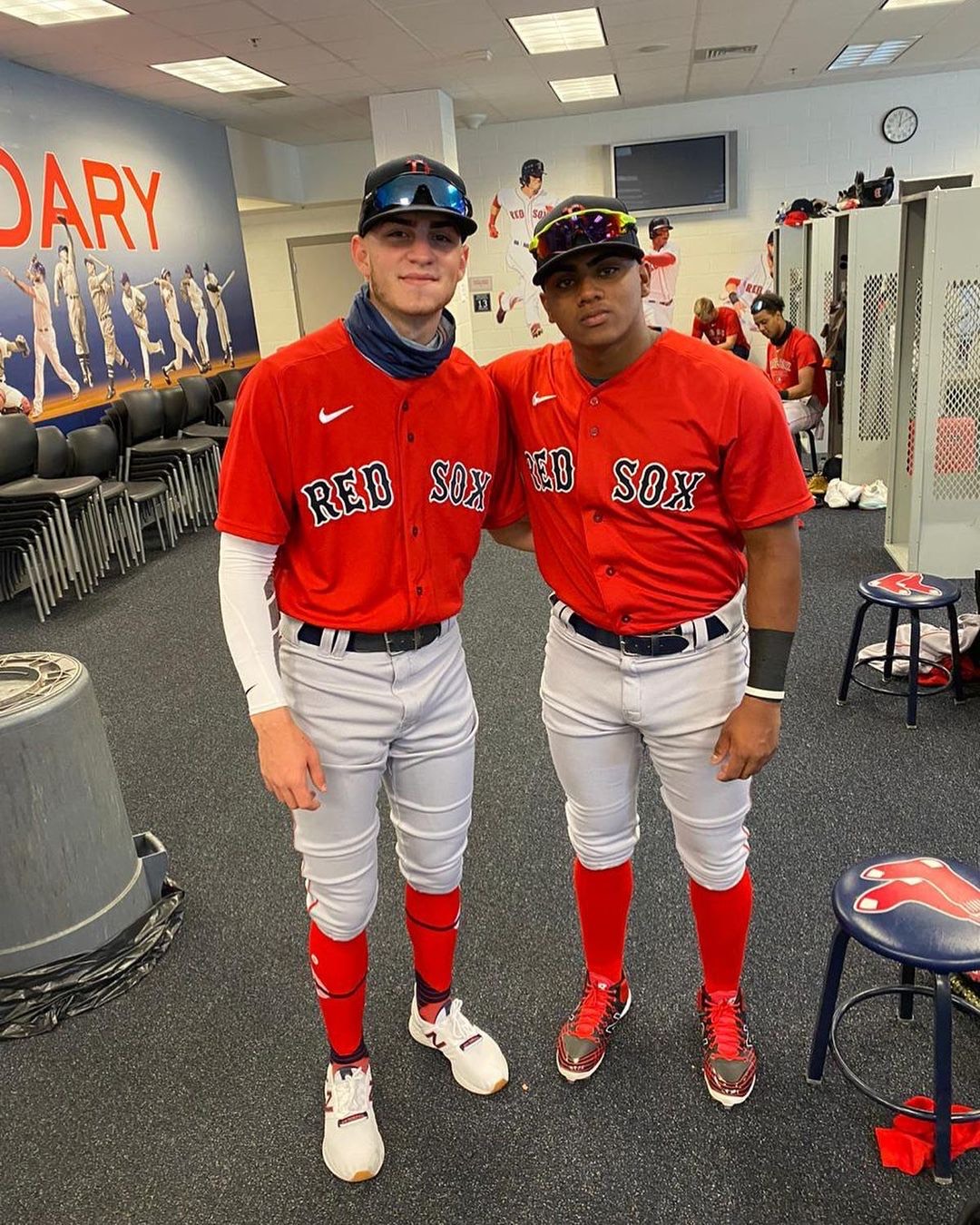 Like fellow prospect Chih-Jung Liu, Juan Chacon’s baseball experience in 2020 was anything but normal.

The 17-year-old was likely going to spend the majority of the year playing in the Dominican Summer League, but the ongoing COVID-19 pandemic that caused the minor-league season to be cancelled prevented that from happening.

Instead of getting more exposure in the Dominican, where he played in the Tricky League last summer, Chacon had to wait until early October to get his first real opportunity of 2020.

Up until then, Chacon had been working out a facility in Miami, which likely gave him an edge in preparedness when he received an invite to the Sox’ fall instructional league in Fort Myers.

“It was our official version of seeing him, finally under supervision,” Red Sox assistant general manager Eddie Romero said of Chacon when speaking with WEEI’s Rob Bradford. “He has a tool-set. He is a plus-runner. It was something when we first saw him he kept getting faster every time and by signing day he was running a 6.6 60. He’s got above-average arm strength. We think he’s somebody who can stay in the middle of the field and cover a lot of range. He’s got a strong arm. And offensively, right now he’s got a projectable frame. He’s very athletic. He’s somebody from an offensive standpoint, he uses the whole field.”

That is quite the investment, and with that investment comes somewhat lofty expectations; expectations which Chacon lived up to at fall instructs.

“He performed well at instructs,” Romero added. “Which for a first-year signee, usually [with those] those guys, there aren’t many of them we push straight to the stateside instructional league. We wanted to see him and he did well and I know he caught some attention.”

Regarded by SoxProspects.com as Boston’s No. 49 prospect, the 6-foot-2, 170 lb. outfielder will have the opportunity to ascend the prospect ranks some more once he actually gets the chance to see some in-game action. That will presumably happen in the rookie-level Gulf Coast League at some point in 2021. 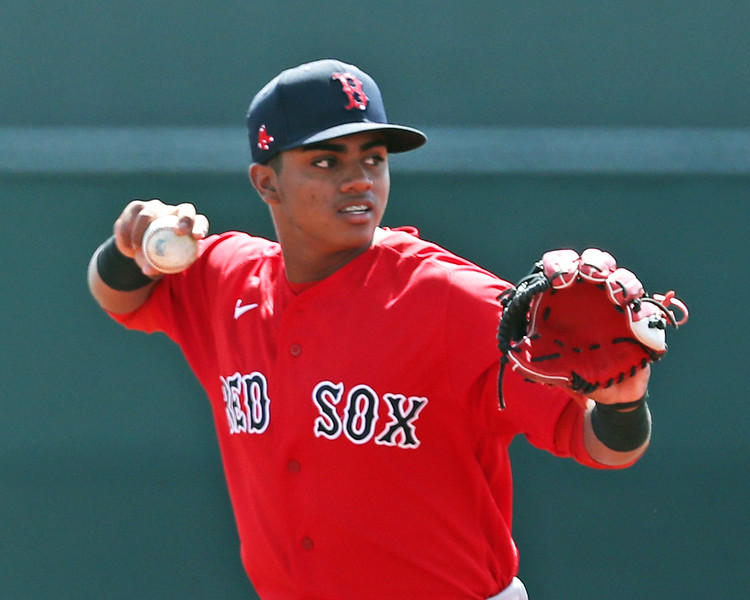 Brainer Bonaci has been a professional baseball player for just over two years and he doesn’t turn 19 years old until next July, but he is already looking like one of the more exciting young infielders in the Red Sox’ minor-league pipeline.

The 18-year-old shortstop is coming off an impressive showing at the Sox’ fall instructional league in Fort Myers. According to SoxProspects’ Ian Cundall, Bonaci “looked the best of the young shortstops [at fall instructs] and showed a solid blend of instincts and physical ability. He has a plus arm and both his glove and hit tool showed average potential.”

Signed out of Venezuela by Manny Padron and Eddie Romero for $290,000 on his 16th birthday in 2018, Bonaci is starting to get some legitimate attention thanks to what he did this fall.

Had there been a minor-league season in 2020, Bonaci likely would have began the year with the Gulf Coast League Red Sox. Instead, due to the ongoing COVID-19 pandemic, he was limited in what he could do until October, when fall instructs began.

Because he is still only 18 years old, Bonaci still has plenty of room to grow physically and developmentally. That said, there’s still reason to be excited about his potential, and SoxProspects’ latest prospect rankings reflect that.

Yes, Bonaci is now the No. 14 prospect in Boston’s farm system according to SoxProspects, good for the fifth highest ranking among infielders after Triston Casas, Jeter Downs, Bobby Dalbec, and Nick Yorke.

Going back to April 1, Bonaci was regarded by SoxProspects as the club’s 20th-ranked prospect, so it is clear he is trending in the right direction. And with Dalbec set to graduate from his prospect status next season, it’s safe to assume Bonaci will only continue to rise through the prospect ranks in 2021.

If we look even further ahead, Bonaci will become Rule 5 eligible for the first time in late 2022, so it’s not like he is too far out from garnering 40-man roster consideration as his development continues.