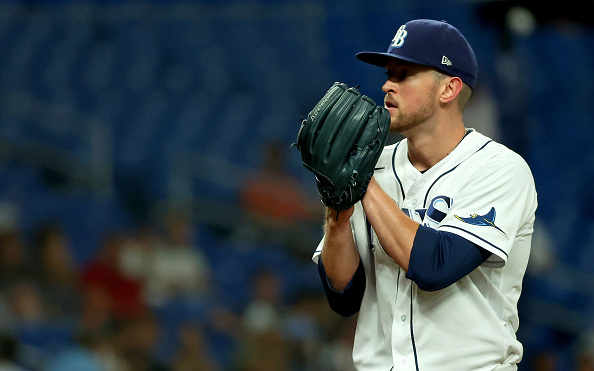 Former Red Sox left-hander Jeffrey Springs has signed a four-year, $31 million contract extension with the Rays, the club announced on Wednesday. The deal, which runs through the 2026 season and includes a club option for 2027, can max out at $65.75 million over five years if incentives are reached and the option is exercised.

Springs spent one season with the Red Sox after being acquired from the Rangers for first baseman Sam Travis in January 2020. The former 30th-round draft selection posted a 7.08 ERA and 4.81 FIP with 28 strikeouts to seven walks over 16 relief appearances (20 1/3 innings) for Boston during the COVID-shortened campaign.

While those numbers were far from encouraging, Springs did pitch better in the second half. From August 31 through the end of the season, the lefty pitched to a 3.86 ERA (3.62 FIP) with a 35 percent strikeout rate and a 9.8 percent walk rate across 10 outings spanning 11 2/3 innings of relief.

Despite the improved results down the stretch, Springs lost his spot on Boston’s 40-man roster the following February. He and right-hander Chris Mazza were then traded to Tampa Bay for catching prospect Ronaldo Hernandez and minor-league infielder Nick Sogard.

Springs, who turned 30 in September, was under club control for two more seasons heading into the winter. He now figures to be a key member of the Rays’ starting rotation for the foreseeable future since he could feasibly remain in Tampa Bay through 2027.