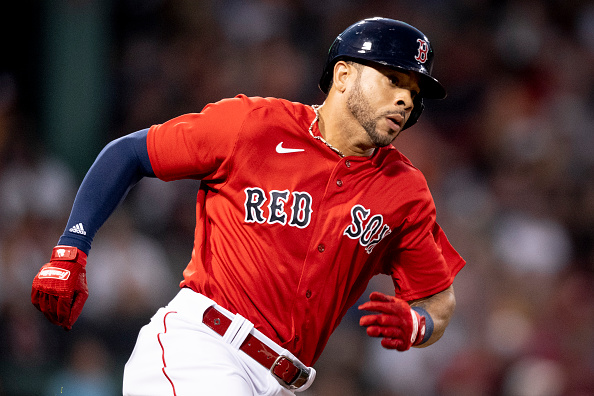 The Red Sox have declined their end of Tommy Pham’s $12 million mutual option for the 2023 season, according to The Boston Globe’s Julian McWilliams. The veteran outfielder will receive a $1.5 million buyout as he heads for free agency.

Pham, 34, was acquired from the Reds in exchange for minor-league infielder Nick Northcut on August 1. The right-handed hitter initially got off to a promising start with the Red Sox but ended his season in an 0-for-18 slump at the plate.

A former 16th-round draft pick of the Cardinals out of Durango High School in 2006, Pham first broke in with St. Louis towards the end of the 2014 season. The Las Vegas-area native then put himself on the map when he finished 11th in National League MVP voting in 2017.

The following July, the Cardinals traded Pham to the Rays. After 1 1/2 years in Tampa Bay, where he got to know current Red Sox chief baseball officer Chaim Bloom, Pham was dealt to the Padres in December 2019. He spent two seasons with San Diego before hitting free agency for the first time last November.

It took until March because of the lockout, but Pham ultimately signed a one-year, $7.5 million contract with the Reds that came with the aforementioned mutual option for 2023. Prior to being traded over the summer, Pham made headlines in late May when he slapped Giants outfielder Joc Pederson across the face during batting practice at Great American Ballpark because of a dispute centered around fantasy football.

Pham, who turns 35 next March, has expressed interest in returning to the Red Sox as he enjoyed playing in Boston. For their part, the Red Sox could also be interested in a reunion since they are expected to bolster their outfield depth this winter.

With the Pham decision made, the Red Sox still have two more option calls due this week. While Chris Sale has opted in and Xander Bogaerts has opted out, Boston is still waiting on Eric Hosmer, who is expected to opt in. James Paxton, meanwhile has the ability to exercise a $4 million player option for 2023 if his two-year, $26 million club optioned is declined. Those decisions are due by Thursday.