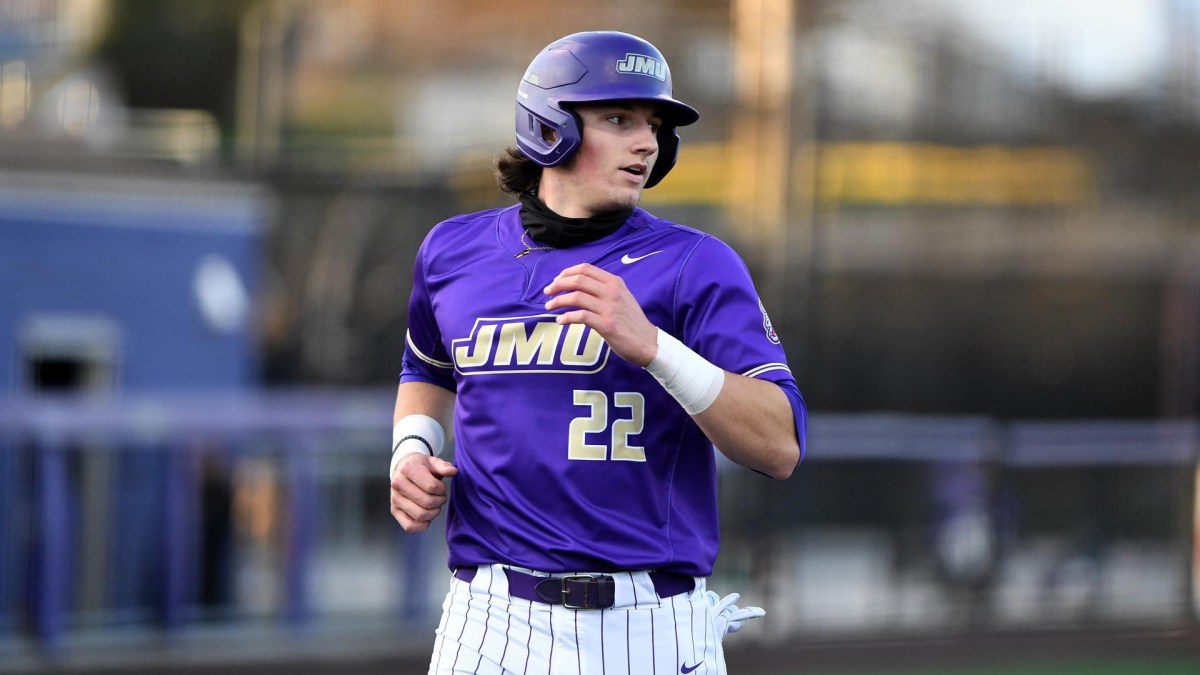 In his latest 2022 mock draft for Prospects Live, Joe Doyle has the Red Sox selecting University of Tennessee outfielder Jordan Beck with their top pick at No. 24 overall.

That is nothing new, as Beck has been connected to the Sox in past mock drafts. What does stick out here, though, is that Doyle links Boston to California’s Dylan Beavers and James Madison University outfielder Chase DeLauter.

“Dylan Beavers and Chase DeLauter are worth monitoring here,” writes Doyle, “the latter being one of the best players left on the board and a guy the Red Sox got a ton of lengthy looks at while on the Cape in 2021.”

DeLauter, 20, is currently regarded by Baseball America as the No. 18 prospect and by MLB Pipeline as the No. 19 prospect in this year’s draft class.

Playing for the Orleans Firebirds of the Cape Cod Baseball League last summer, DeLauter opened some eyes by slashing .298/.397/.589 to go along with a league-leading nine home runs and 21 RBIs in 34 games.

With the Dukes this season, the left-handed hitting junior batted .437/.576/.828 with eight doubles, one triple, eight homers, 35 RBIs, 31 runs scored, 10 stolen bases, 28 walks, and 21 strikeouts over 24 games spanning 118 plate appearances. His season ended in early April when he sustained a broken left foot after sliding into second base on a double.

Per his Baseball America scouting report, the West Virginia native “has plenty of strength … that gives him plus raw power and while his swing isn’t described as fluid, he gets himself into good hitting position consistently. He’s uniquely athletic for his size and has posted double-plus run times in the 60-yard dash.”

MLB Pipeline, on the other hand, notes that DeLauter “could be a middle-of-the-order type of hitter. He’s put up gaudy numbers at JMU, beating up the pitching in the mid-major Colonial Athletic Conference. He has at least plus raw power and even though there’s a little drift to his lower half that causes him to be more of a front-foot hitter at times, he’s so big and strong he can still out-leverage pitching.”

Defensively, DeLauter possesses the kind of speed that has allowed him to stay in center field to this point, though most evaluators view the 6-foot-4, 235 pounder as a future corner outfielder given his size and power profile. His arm strength is to be reckoned with as well on account of his past experience as a pitcher.

If DeLauter, who turns 21 in October, were to fall to the Red Sox at No. 24 on July 17, he would become the first college outfielder the club used a first-round pick on since Andrew Benintendi, whom they took out of the University of Arkansas in 2015.

The recommended slot value for the 24th overall pick in this year’s draft, which will take place in Los Angeles, comes in at roughly $2.975 million.

Besides Beavers, Beck, and DeLauter, other college outfielders who have been linked to the Red Sox include Tennessee’s Drew Gilbert and Stanford’s Brock Jones.