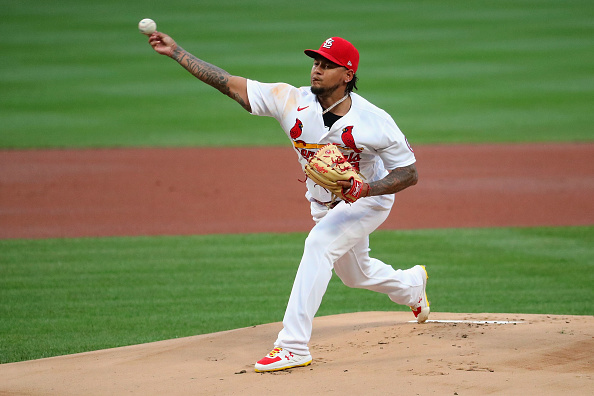 The Red Sox have signed free-agent right-hander Carlos Martinez to a minor-league contract, according to the team’s transaction log on MLB.com. He has been assigned to Triple-A Worcester. SoxProspects.com’s Chris Hatfield was the first to bring this news to the forefront.

Martinez, 30, began the 2022 season in the Giants organization after signing a minors pact with San Francisco in late March. He did not appear in a game at any level before being released by the club on April 28.

As an article XX(B) free agent, Martinez had the ability to opt out of his deal by May 1 and informed the Giants he would be doing so beforehand, per The Athletic’s Andrew Baggarly.

A native of the Dominican Republic, Martinez originally signed with the Red Sox as a shortstop in February 2009. His contract was voided by Major League Baseball, though, and he ultimately signed with the Cardinals the following year.

After debuting with St. Louis in 2013 and pitching against Boston in the World Series that fall, Martinez spent the first nine years of his major-league career with the Cardinals and was used as both a starter and reliever.

Most recently, the two-time All-Star opened the 2021 campaign in St. Louis’ starting rotation and posted a 6.23 ERA and 4.76 FIP to go along with 57 strikeouts to 36 walks over 16 starts spanning 82 1/3 innings of work. His season ended in early July after suffering a torn ligament in his right thumb that required surgery.

Five months after going under the knife, Martinez began throwing again and started two games for Aguilas Cibaenas of the Dominican Winter League, allowing a total of four runs over three innings in those two outings.

Listed at 6-feet and 200 pounds, Martinez pre-surgery worked with a six-pitch arsenal that consisted of a four-seam fastball, slider, cutter, sinker, changeup, and curveball.

Considering that he is only 30 and does not turn 31 until September, Martinez may not be who he once was in his peak years with the Cardinals, but the righty should still provide the Red Sox with some experienced and versatile rotation/bullpen depth in Worcester.

According to MassLive.com’s Chris Cotillo, Martinez will start for the WooSox in their series finale against the Toledo Mud Hens on Sunday afternoon.