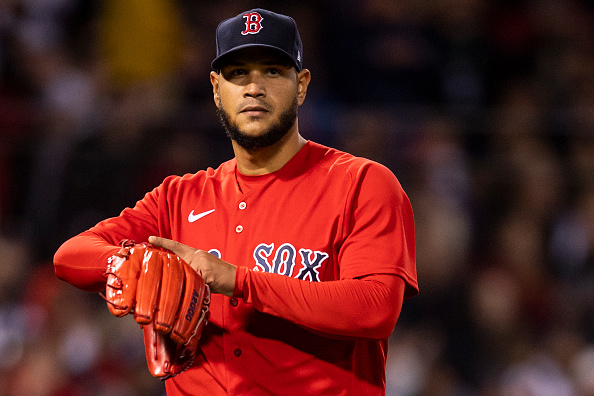 Eduardo Rodriguez rejected the qualifying offer the Red Sox extended to him last weekend, according to MLB Network’s Jon Heyman.

The Red Sox initially extended the qualifying offer in Rodriguez’s direction this past Sunday, giving the left-hander 10 days — or until November 17 at 5 p.m. eastern time — to either accept it and remain with the club for an additional season or reject it and remain a free agent.

Since he has now declined Boston’s offer, Rodriguez is free to sign with another organization if he so chooses. If he were to sign elsewhere, Rodriguez’s new team would then owe the Red Sox compensation in the form of a draft pick.

Originally acquired from the Orioles in exchange for fellow lefty Andrew Miller at the 2014 trade deadline, Rodriguez has experienced plenty of ups and downs in his time with the Red Sox dating back to his major-league debut in May 2015.

Just two years removed from finishing sixth in American League Cy Young voting in 2019, Rodriguez missed the entirety of the compressed 2020 campaign after contracting myocarditis (inflammation of the heart muscle) following a bout with COVID-19.

On the surface, Rodriguez’s numbers — particularly his ERA — may not look all that flattering. However, among the 18 left-handers who accrued at least 150 innings this season, the Venezuelan southpaw ranked second in strikeout rate (27.4%), third in FIP, and second in xFIP (3.43), per FanGraphs.

To that end, Heyman recently reported that Rodriguez received a multi-year contract offer from the Sox in addition to the $18.4 million qualifying offer.

MLB Trade Rumors predicts that Rodriguez will net himself a a five-year, $70 million contract this winter, while FanGraphs‘ Ben Clemens projected that the  the 6-foot-2, 231 pound hurler could get a four-year, $80 million pact if the opportunity presents itself.

In addition to the Red Sox, other clubs such as the Angels, Blue Jays, and Tigers have expressed interest in Rodriguez, per MLB Network’s Jon Morosi.

A client of ISE Baseball, Rodriguez does not turn 29 until next April, so his earning window is fairly wide open as he truly prepares to immerse himself in free agency for the first time in his big-league career.