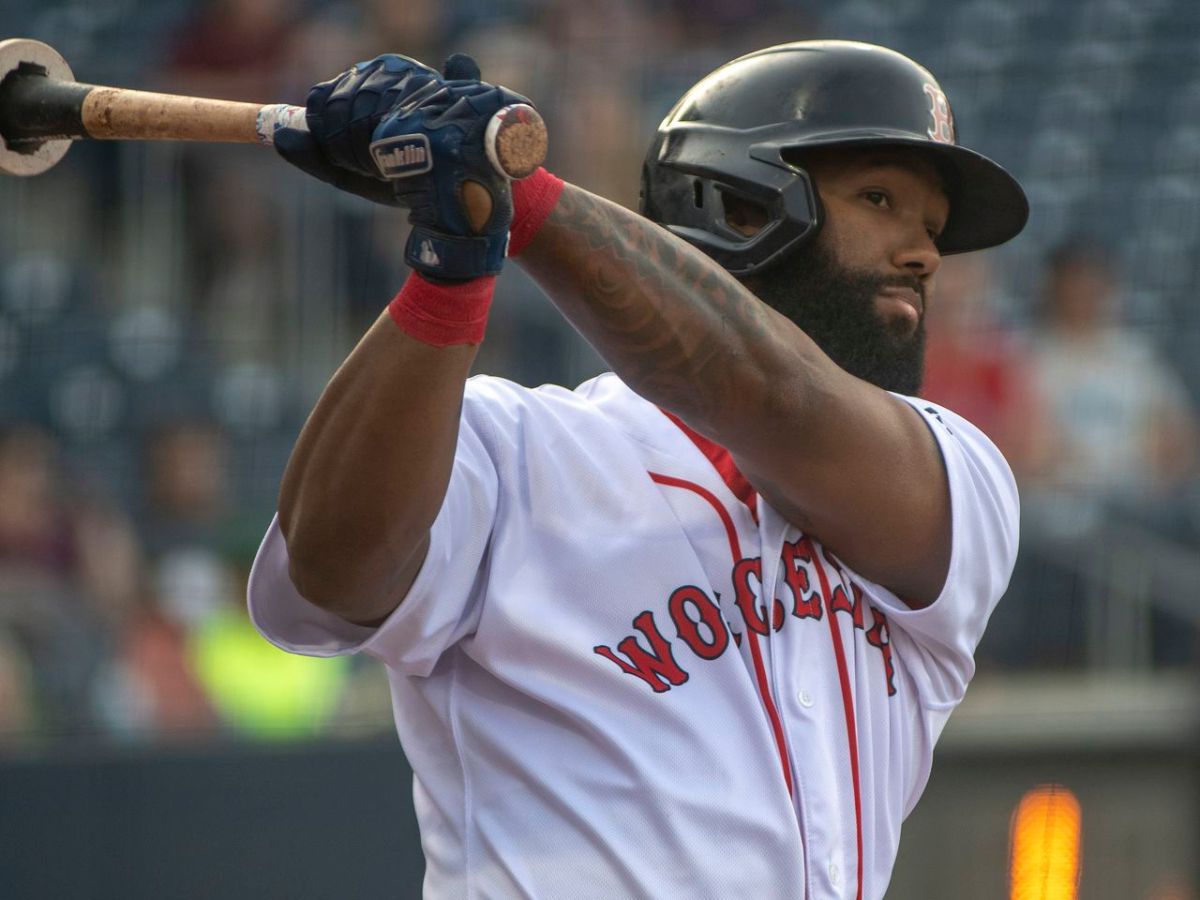 It would appear that Danny Santana is inching closer and closer to making his Red Sox debut.

Santana, who has been rehabbing with Triple-A Worcester since May 12, hit a home run and finished a triple shy of the cycle as part of a 3-for-4 day at the plate against the Buffalo Bisons at Polar Park on Tuesday night.

Since joining the WooSox last week, the 30-year-old utility man has slashed .438/.526/.875 with one double, two homers, four RBI, and four runs scored over four games played. This comes after he batted .400 (4-for-10) in three rehab games with High-A Greenville earlier this month.

In the seven games Santana has played in between Greenville and Worcester, the Dominican native has seen time at first base (most recently), second base, third base, shortstop, left field, and center field.

“Danny is the ultimate pro,” WooSox manager Billy McMillon said of Santana following Tuesday’s 9-4 win over Buffalo. “He goes about his business the right way. I think one of the things I’m happy about is some of the younger guys have looked and seen his routine and goes about his business, and I don’t think you can ask for much more than that.”

The Red Sox originally signed Santana to a minor-league contract in early March, a few months after the versatile veteran was non-tendered by the Rangers.

With Texas the previous two seasons, the switch-hitter enjoyed great success in 2019, clubbing 28 home runs, collecting 81 RBI, and stealing 21 bases over 130 games in the process of being named the Rangers’ Player of the Year for his efforts.

The 2020 campaign was a different story for Santana, though, as he was limited to just 15 games before suffering a season-ending right elbow injury in late August that would require a modified version of Tommy John surgery the following month.

Shortly after being let go by the Rangers in December, Santana joined the Sox on a minor-league pact in March “that included a prorated $1.75 million big-league salary,” per The Boston Globe’s Alex Speier.

Less than two weeks after signing with Boston, however, Santana sustained a right foot infection during spring training that not only landed him in the hospital, but also resulted in him and the Red Sox agreeing to push back the opt-out date in his contract from April 30 until the middle of May.

Now that he has reached the point where he is back to playing regularly, Santana could be on the verge of getting called up to the Red Sox sooner rather than later.

“I think he’s getting more and more ready to go to potentially help the big club,” said McMillon. “I think he’s just got to get some time under his belt. He missed spring training so in a way this is his build-up for the season. He’s done everything. He’s made good plays in the field, he’s stolen a bag, he’s hit from both sides of the plate. I think he’s just getting himself ready for that call.”

On Monday, Speier wrote that, as the Red Sox prepare for a three-game weekend series against the Philadelphia Phillies at Citizens Bank Park (where National League rules apply), they could be getting ready to deploy Santana for the first time given his value as a switch-hitter who can play multiple defensive positions.

When speaking with reporters before Tuesday’s game against the Blue Jays in Dunedin, Fla., Red Sox manager Alex Cora added on to this speculation by indicating that Santana was close to joining the big-league club.

“He didn’t play Sunday, he didn’t play yesterday. He’s playing today,” Cora said. “He feels good. He’s swinging the bat well. We’ve been using him all over the place. Where he’s at right now physically and baseball-wise, he’s in a good spot.”

Because Santana is not currently on the Sox’ 40-man roster, there will be some hurdles to cross to ensure that the 5-foot-11, 203 pounder can be added to Boston’s major-league squad when the time is right.

As of this moment, the Red Sox are currently carrying 14 pitchers and 12 position players on their 26-man active roster, so they would need to clear a spot in order to accommodate Santana.

From there, it seems likely that one of Michael Chavis or Franchy Cordero would be optioned down to Worcester once Santana is ready to be added to the 26-man roster.

All that being said, we will just have to wait and see what the Red Sox do in the coming days if they are indeed preparing to make some roster moves.