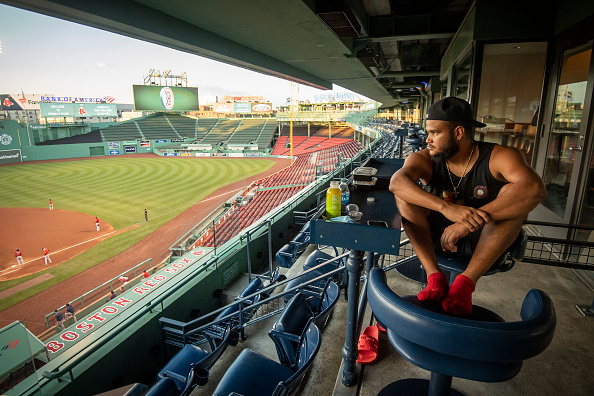 Red Sox left-hander Eduardo Rodriguez has been shut down from all baseball activities due to minor complications related to his recovery from COVID-19, his manager Ron Roenicke told reporters Thursday.

Per Roenicke, the Sox’ medical staff discovered these “minor complications” before the decision to shut down Rodriguez was made.

The 27-year-old had tested positive for COVID-19 while at home in Miami earlier this month, and even though he would test negative right now, Rodriguez has still “not physically recovered” from his bout with his virus.

As disheartening as this news may sound, Roenicke is viewing it as only a “setback” and is fully confident Rodriguez “will be available to pitch at some point in 2020.” That is probably the case because, as the Sox skipper later clarified, what’s currently hampering Rodriguez has been prevalent in other COVID-19 cases as well.

“The news that we need to shut [Rodriguez] down for a period of time is obviously rough on him,” Roenicke said Thursday. “It is mild. He knows that.”

Rodriguez, along with fellow left-handers Darwinzon Hernandez and Josh Taylor, was placed on the 10-day injured list on July 14 due to testing positive for the virus.

The Venezuela national re-joined his club over the weekend and threw a bullpen session at Fenway Park this past Saturday, but it now appears that he will not be throwing off a mound anytime soon, although Roenicke is hoping the southpaw will only miss a week’s worth of time.

Of course, this coronavirus has proven to be somewhat unpredictable. For all the talk about how harmless it is for people in his age group, it was quite jarring to hear about what Rodriguez, a 27-year-old professional athlete, had to endure while he was sick.

For more on that, I recommend checking out this story from MassLive.com’s Christopher Smith.