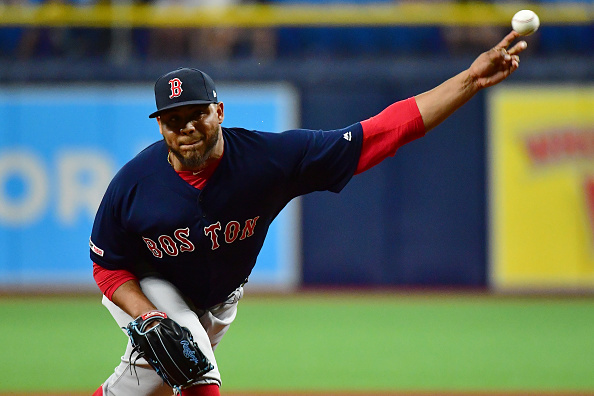 Hernandez and Taylor both tested positive for COVID-19 earlier this month and were placed on the 10-day injured list along with fellow southpaw Eduardo Rodriguez on July 14.

Top prospect Bobby Dalbec, who also tested positive for the virus, was cleared to return two weekends ago and avoided a stint on the injured list.

Both relievers were cleared to return to baseball activities earlier this week, but neither have been able to put together a lengthy bullpen session to this point.

“They are gassed after 20 pitches” Roenicke said of Hernandez and Taylor on Wednesday. “It tells me that they are still a ways away. It would be nice, knowing they are relievers, you don’t have to have the build up with the innings, but you still need to build them up enough to where they pitch one inning, they can come back the next night or the night after, and they’re not there right now.”

Added the Sox skipper: “The velocity that these guys depend on…right now, they don’t have that same stuff. So, it could be a while. We’re certainly trying to get them back as soon as we can, but that physical part of it, we want to do right by them.”

In terms of preparedness, Hernandez is likely closer to in-game action than Taylor is seeing how he was able to throw while self-isolating at his home in Venezuela, while Taylor had to self-isolate in a Boston hotel room.