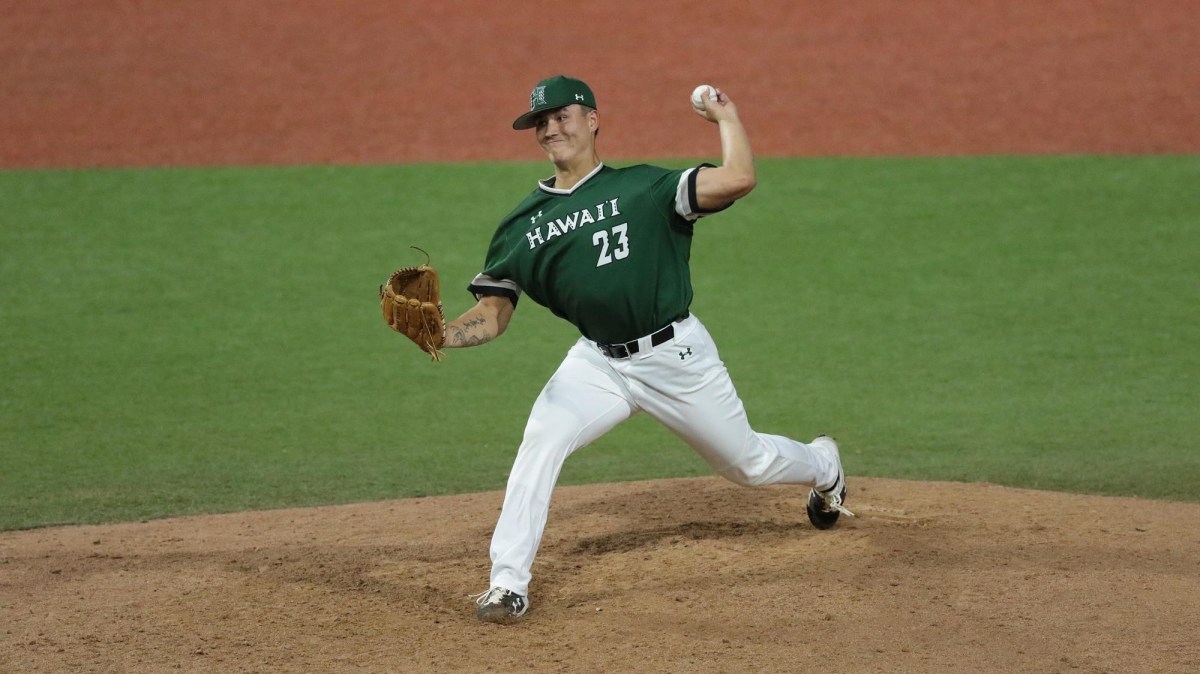 The Red Sox have selected left-hander Jeremy Wu-Yelland with their fourth-round pick in the 2020 MLB Draft at No. 118 overall.

With their 4th-round pick (No. 118 overall) of the 2020 #MLBDraft, the #RedSox select @HawaiiBaseball LHP Jeremy Wu-Yelland.

The first college player and pitcher taken by Boston in this year’s draft, Wu-Yelland is a soon-to-be 21-year-old junior out of the University of Hawaii.

Before this past college baseball season was shut down due to the COVID-19 pandemic, Wu-Yelland, a native of Spokane, Wash., posted a nice 0.69 ERA and .200 batting average against over seven relief appearances and 13 innings of work out of the Rainbow Warriors bullpen.

Ranked by Baseball America as the No. 261 prospect in this year’s draft class, Wu-Yelland relies heavily on his fastball, and thanks to a somewhat erratic delivery, he has dealt with control issues in the past, which ultimately led to a move to Hawaii’s ‘pen prior to the start of the 2020 season.

As a fourth-round selection, Wu-Yelland is likely to sign with Boston for around $487,900 if he so chooses.

The final pick of chief baseball officer Chaim Bloom and amateur scouting director Paul Toboni’s first draft together is coming up in the middle of the fifth round. Or, more specifically, the 148th overall selection.