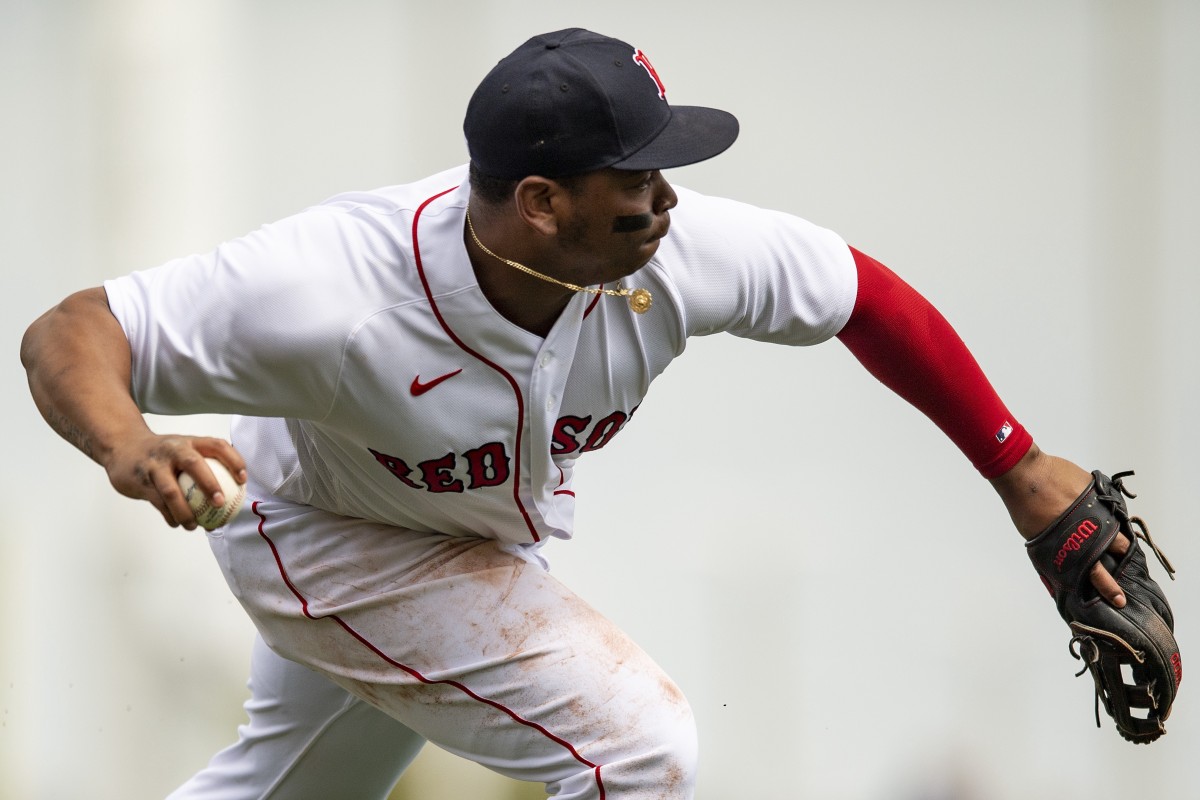 The Red Sox and third baseman Rafael Devers were unable to reach an agreement on a figure for his 2020 salary, meaning the club instead renewed the 23-year-old’s contract for the coming season.

With these agreements, all players on the Red Sox major league roster are under contract for the 2020 season.

The 2020 campaign will mark Devers’ final season before he becomes arbitration eligible next winter. From this point forward, the Dominican Republic native is under team control for four more years before he reaches free agency for the first time at the conclusion of the 2023 season.

Going back to late last September, it was reported by WEEI’s Rob Bradford that the Red Sox were planning on offering Devers a contract extension at some point during the offseason.

Since that time, as we know, the club had quite the winter, hiring Chaim Bloom as chief baseball officer in October, parting ways with Alex Cora in January, and trading Mookie Betts and David Price to the Dodgers and naming Ron Roenicke interim manager in February.

Those factors, in addition to the mandate of getting under the $208 million luxury tax threshold, more than likely pushed extension talks with Devers further down the to-do list.

“If it comes, it comes,” Devers said, through translator Bryan Almonte, of a potential contract extension. “That would be great. But I’m just focused on right now. We haven’t had discussions about that yet. My agent hasn’t told me anything. As of now, I’m just focused on playing the game.”

In addition to renewing Devers’ contract on Monday, the Red Sox also reached agreements with 19 other pre-arbitration players on one-year deals for the 2020 season.