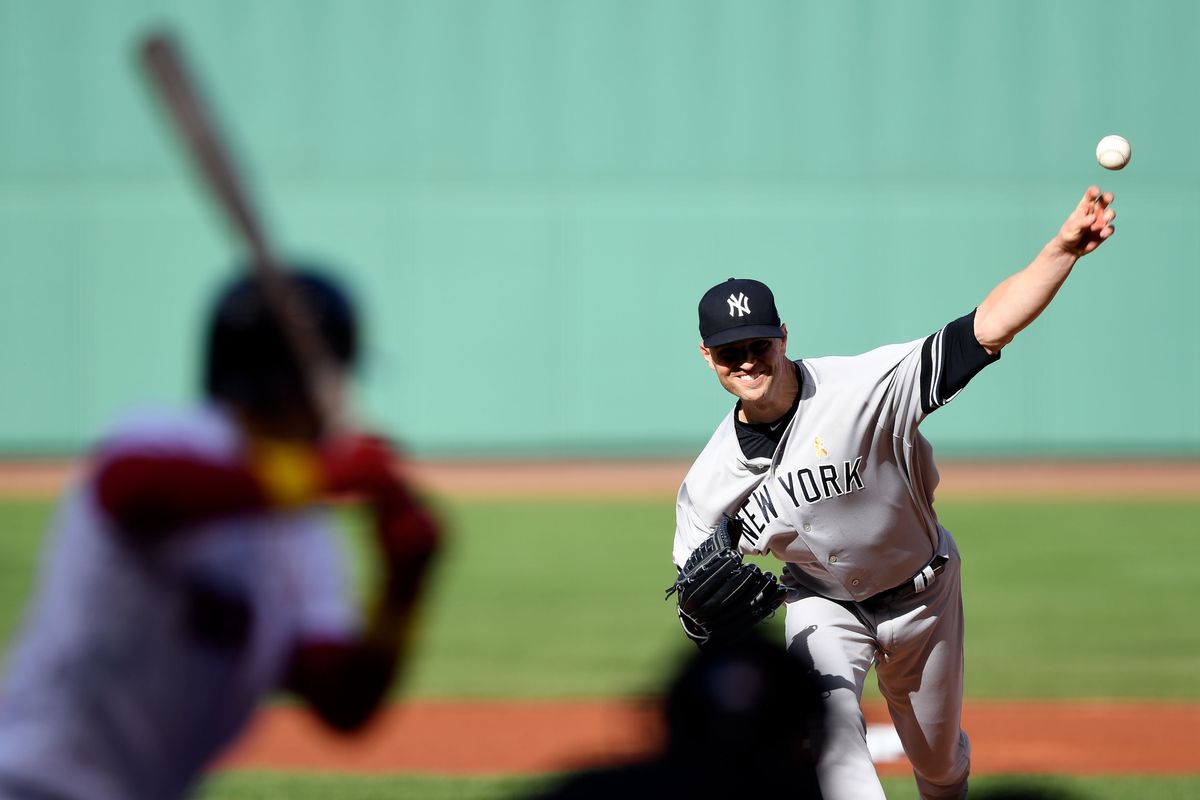 After taking the opener of a four-game weekend series against the New York Yankees with a commanding 6-1 win on Friday, the Red Sox fell back to Earth on Saturday, as they managed just one run themselves in a 5-1 loss at the hands of the Bronx Bombers to fall back to 76-66 on the season.

Making the first start of his big league career for Boston and 11th appearance overall was Travis Lakins, who was named the opener for this one on Friday in what was another bullpen day for the Sox.

Tossing two no-hit innings like Jhoulys Chacin the day before, the rookie right-hander kept the Yankees off the scoreboard while fanning three of the six hitters he faced on the afternoon.

Finishing with a final pitch count of 29 (17 strikes), Lakins relied on his four-seam fastball more than 48% of the time he was on the mound Saturday, inducing four swings and misses and topping out at 96.1 MPH with the pitch while Christian Vazquez was behind the plate. Four of those heaters were the hardest pitches Lakins has thrown this year, per Red Sox Stats.

Ultimately hit with the no-decision while lowering his ERA on the season down to 4.15, it will be interesting to see if the Red Sox turn to the 25-year-old hurler as an opener again given the level of success achieved in his first go at it.

In relief of Lakins, left-hander Bobby Poyner entered the top of the third in a scoreless contest, and he got another busy day for the Boston bullpen started by sitting down the only three Yankees he faced in order.

The fourth inning is where things got sticky, as Ryan Weber yielded a leadoff double to D.J. LeMahieu before punching out Aaron Judge on four pitches for the first out of the frame.

A line drive to right off the bat of Didi Gregorius should have gone for the second out of the fourth, but with the sun directly in his face, J.D. Martinez, not Mookie Betts, had trouble picking up the ball, and it ended up glancing off his glove before rolling to the wall for a one-out double.

So, with runners at second and third with only one out instead of one runner at first with two outs, Colten Brewer came on for Weber, and he got Gary Sanchez to hit a weak fly ball to shallow right field.

The only thing was, the ball was essentially in no-man’s land, and neither of Mitch Moreland, Brock Holt, nor Martinez were able to come up with it for what would have been the second out.

Nope, instead, Sanchez was credited with a two-run ground-rule double and the Yankees had themselves a 2-0 lead just like that.

Things would not improve for the Sox following that series of mishaps though, not with Edwin Encarnacion unloading on the very first pitch he saw from Brewer, a hanging 81 MPH curveball down the heart of the plate, and depositing it 423 feet over the Green Monster for a two-run blast to double his side’s lead at 4-0.

Brewer was able to escape the fourth without surrendering anything else following that Encarnacion homer, but the damage had already been done.

From there, Trevor Kelley worked his way around two walks in a scoreless fifth, Hector Velazquez stranded the bases loaded with the help of an inning-ending 5-4-3 double play in a shutout sixth, and Josh Smith walked one and struck out another in a clean seventh to make way for Mike Shawaryn in the eighth.

Shawaryn proceeded to punch out the first two Yankees he faced before allowing the next two to reach base, but got out of it by getting LeMahieu to ground into a force out at second to retire the side.

In the ninth, Shawaryn again got the first two outs of the inning in simple fashion, but was unable to keep New York off the scoreboard this time as he plunked Sanchez and served up an RBI double to Encarnacion to increase the deficit to five runs before ending the frame.

On the other side of things, the Red Sox lineup was matched up against Yankees left-hander J.A. Happ, who entered the weekend fresh off one of his better starts of the season in his last time out against the Oakland Athletics this past Sunday.

Winless against Happ in his first three outings against them this year, that trend continued for Boston on Saturday.

Two hits and one walk. That’s all the Sox bats could manage off of Happ, and none of those three runners made it up to second base either.

It was not until the bottom half of the eighth, with Happ out and right-handed reliever Tommy Kahnle in for the Yankees, when back-to-back one-out singles from Mitch Moreland and the pinch-hitting Marco Hernandez finally put a runner in scoring position.

That led to left-hander Zack Britton taking over for Kahnle, and all Brock Holt could do was watch as strike three blew past him on a 1-2, 95 MPH slider at the knees.

Mookie Betts followed by making hard contact, but only on a ball that was hit right to Aaron Judge in right field to extinguish the threat.

And in the ninth, J.D. Martinez made things a bit interesting against Yankees closer Aroldis Chapman as he took the lefty deep to the Red Sox bullpen off an 0-1, 99 MPH heater on the inner half of the plate for his 35th home run of the season.

Vintage J.D. Martinez on his 35th home run of the season. pic.twitter.com/tr0erFvS4D

That 397-foot solo shot, Martinez’s 16th of the year off a left-handed pitcher, cut the deficit to four runs at 5-1, but that would ultimately go on to be Saturday’s final score.

The Red Sox went 0-for-2 with runners in scoring position on Saturday. They left four men on base as a team.

Xander Bogaerts collected the 1,000th hit of his major league career on Saturday with a fourth-inning single.

Congrats to Xander on his 1000th career hit! pic.twitter.com/8GalHRSBma

From The Eagle-Tribune’s Chris Mason:

Bogaerts’ mom texted him this morning that he needed to hit No. 1000 today because it’s her birthday. He delivered.

J.D. Martinez on day games in RF: “It’s terrible. I would say this place, 4 o’clock game, is the worst I’ve seen. With the shadows in the outfield and hitting and right field, that whole thing, it’s just like, you pray for clouds pretty much.”

As of right now, the Red Sox are 6 1/2 games behind the Oakland A’s for the second American League Wild Card Spot. That is sure to change with the A’s, Cleveland Indians, and Tampa Bay Rays all in action on Saturday night.

Next up for the Red Sox, it’s the third installment of this four-game set on Sunday Night Baseball, with right-hander Rick Porcello getting the ball for Boston and fellow righty Masahiro Tanaka doing the same for New York.

Porcello struggled mightily in his first start of September against the Minnesota Twins, surrendering six earned runs on eight hits in an eventual 6-5 loss this past Tuesday.

In his last start against the Yankes, the 30-year-old toughed out a quality outing after allowing two runs in the second inning of a contest the Sox eventually won by a final score of 19-3.

Tanaka opposed Porcello in that game on July 25th, when he yielded 12 earned runs in just 3 1/3 innings of work and ultimately got hit with the losing decision.

The 30-year-old has recovered nicely since then though, posting an ERA of 3.38 and batting average against of .250 over his last seven starts and 42 2/3 innings pitched. The Yankees are 5-2 in those games.

First pitch Sunday is scheduled for 8:05 PM EDT on ESPN.