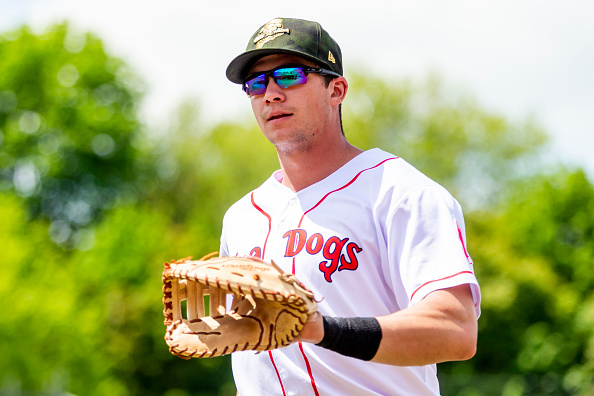 🚨Call-up Alert 🚨- @BaseballAmerica Top @RedSox prospect @BobbyDalbec has been called up to #Pawtucket from the @PortlandSeaDogs. He will bat sixth, start at 3rd Base, and wear no. 15 tonight for the PawSox. Join us at McCoy Stadium tonight. https://t.co/7OhCRUBIRH pic.twitter.com/4VJrS0KlrQ

Dalbec, 24, is ranked as Boston’s number-two prospect behind Triston Casas on MLB.com, and has slashed .234/.371/.454 to go along with an Eastern League-leading 20 home runs and 57 RBI over 105 games with the Sea Dogs this season.

Selected by the Sox with the 118th overall pick in the fourth round of the 2016 amateur draft out of the University of Arizona, Dalbec made quite the impression in his first major league camp earlier in the year.

With the PawSox, Dalbec should have the chance to display even more of his power tool, since the same baseballs being used in the majors this year are also being used across the Triple-A level.

In what will be his Triple-A debut, the Washington native is set to start at third and bat sixth against the Rochester Red Wings, the Triple-A affiliate of the Minnesota Twins, on Saturday night at McCoy Stadium.