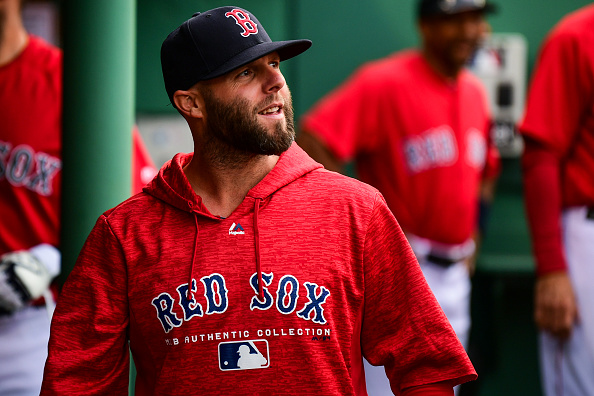 Dustin Pedroia’s last game in a Red Sox uniform came on April 17, 2019 against the Yankees in the Bronx. He went 0-for-1 with a flyout to right field before being removed in the middle of the second inning.

At the time, there likely was no chance Pedroia envisioned that would be the last time he would step on a major-league diamond as a player, but after officially retiring from the game after 17 years as a professional on Monday, it is.

Ideally, it would have been nice to see the 37-year-old icon get a sendoff at Fenway Park at some point this coming season. Something that would have been similar to the one Mets legend David Wright got at Citi Field in 2018.

But, things happen. And Pedroia’s body, or more specifically his left knee, prevented that from happening given the fact that the former American League MVP is no longer in playing shape.

“Obviously, I would love to play,” Pedroia said when speaking with reporters via a Zoom call earlier Monday. “I’d love to put the uniform on and be able to play. You got to understand, [Red Sox fans] are the best fans ever. On a Tuesday night, or whatever, there’s 37,000 people there going crazy. And I got a chance to do that for as long as I did. To do it one more time? Yeah, of course. I would do anything to have that opportunity.

“But, I can’t. I can’t run,” he continued. “That part will always hurt me. I wish I had one more time, but I don’t regret anything. It is what it is, I’m OK. Now I just have to have everything that I’ve learned and built up and all the energy I have, I have to give it to other people now. And that’s how I can help, but I’m OK.”

In regards to the energy he has to give to other people now, Pedroia, who won three World Series titles in his 14-year major-league career with Boston, further elaborated by speaking of what he can offer the next generation of young athletes, which surely includes his three sons, Dylan, Cole and Brooks.

“Now, I just want to be healthy,” said the four-time All-Star. “I want to impact the younger generation with the stories I have and the things that I’ve gone through and the adversity that I’ve dealt with. That’s what I’m supposed to do now, and I look forward to it.”

As far as being celebrated at Fenway Park for being one of the more iconic players in Red Sox history, Pedroia’s time will come. It just won’t come as an active player.