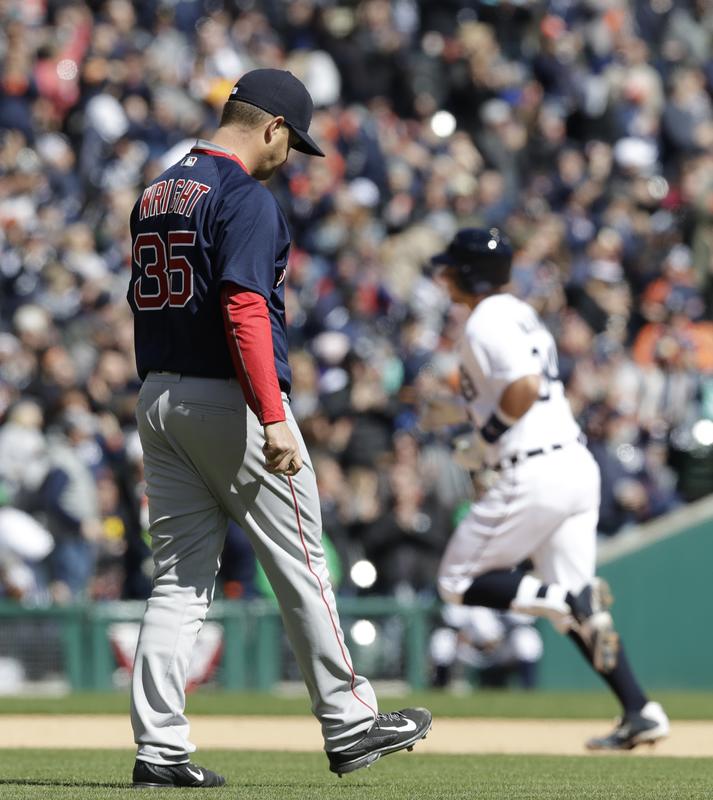 After yesterday’s rainout, the Red Sox had an extra off day as they traveled to Detroit for a four game series against the Tigers. Stephen Wright and Michael Fulmer were the two pitchers to square off today. The Red Sox had many absences from the starting lineup, such as Xander Bogaerts, Mookie Betts, and Hanley Ramirez. The Sox offense was quiet for most of the day, as they did not score until the top of the 8th, where the offense woke up and drove in 5 runs, including Pablo Sandoval’s first home run of the 2017 campaign.

Stephen Wright was okay in his first start since he got hurt last year, giving up 4 runs on 7 hits, 3 walks, and 4 strikeouts over 6.2 innings pitched. The biggest dissapointment of this game was the Red Sox bullpen. Over the past two games, it appeared that the bullpen could be consistently good this season, I’m not saying they can’t, but they were a letdown today. Ben Taylor made his Major League Debut and got his first strikeout to end the 7th, so congratulations to him. After the Red Sox took the lead in the top of the 8th, Robby Scott, Heath Hembree, and Joe Kelly gave up a combined two runs and allowed the Tigers to retake the lead and that was that.

Also, after reading the Red Sox Twitter mentions, I can conclude there are too many Red Sox fans who are overreacting. RELAX.