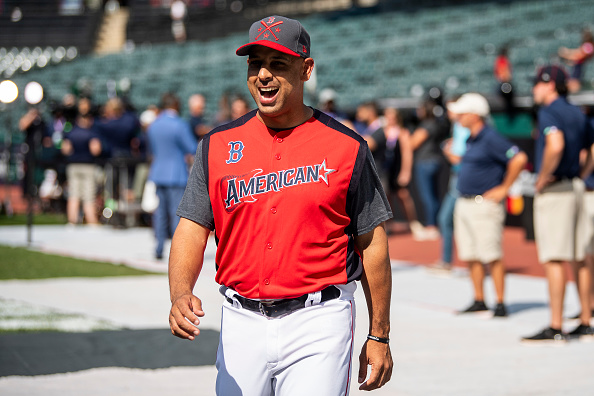 The American League All-Stars defeated the National League All-Stars by a final score of 4-3 on Tuesday night, taking home their seventh consecutive All-Star Game victory in the 90th installment of the Midsummer Classic in Cleveland.

Starting at designated hitter and batting out of the five-hole in place of the Texas Rangers’ Hunter Pence, Martinez, now a three-time All-Star, went 0-for-2 with a strikeout before being pinch-hit for by Seattle’s Daniel Vogelbach in the sixth inning.

Bogaerts, meanwhile, came on as a pinch-hitter himself, replacing Tampa Bay’s Austin Meadows in the bottom of the seventh.

There, with no outs and runners on the corners, the now-two-time All-Star failed to pick up an RBI, but did push across an important insurance run at the time, scoring Oakland’s Matt Chapman from third while grounding into a 6-4-3 double play. That put the AL up 3-1 moments before Texas’ Joey Gallo added on to that lead with a solo homer off San Francisco Giants left-hander Will Smith.

Finally, Betts, now a four-time All-Star, did not record an at-bar in this one, but he did come on as a defensive replacement for Bogaerts in the top of the eighth, moved over to play right field in place of Meadows, and was on the field for the final out of the night when New York Yankees closer Aroldis Chapman secured the 4-3 victory for the American League with a five-pitch punchout of Milwaukee’s Yasmani Grandal.

Cleveland Indians right-hander Shane Bieber was named the game’s Most Valuable Player thanks to a 1-2-3 fifth inning in which he struck out the side on 19 pitches, marking the first time since 1999 a player from the host city’s team received the honors (Pedro Martinez, Red Sox).

All in all, it was a solid All-Star Week, the first for Red Sox manager Alex Cora, as a player or coach.

“It was amazing. As a baseball fan you just sit there and listen to them talk in the dugout and sharing thoughts and just talking the game. That's what it's all about. Overall, it's one of the best baseball experiences I've ever had in my life.” — Cora, appreciating opportunity.

It’s not the first time Cora has come out on top against Los Angeles Dodgers manager Dave Roberts, either.

The Red Sox have two days off on Wednesday and Thursday before opening up a three-game weekend series against those aforementioned Dodgers on Friday night at Fenway Park. It will be their first game in Boston since June 26th.

As Betts put it when speaking with reporters postgame Tuesday night, “Can’t wait to get home.”