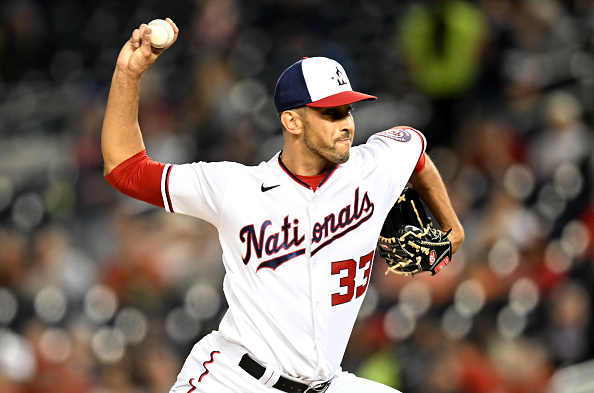 Cishek, who spent this past season with the Nationals, made the announcement in a recent conversation with Rich Maclone of The Enterprise News. He also took to Instagram to reflect on his time in pro ball earlier Friday evening.

“It’s time,” Cishek told Maclone. “It’s gotten harder for me to bounce back game-to-game. The ball wasn’t coming out as crisp as before, and it felt like I had to pitch differently. I know I’ll get the bug and want to get back out there, but I don’t think I’m pulling a Tom Brady.”

Cishek, now 36, attended Falmouth High School and was originally selected by the Marlins in the fifth round of the 2007 amateur draft out of Carson-Newman University (Jefferson City, Tenn.). The sidewinding right-hander broke in with Miami in 2010 and led the club in saves in back-to-back years (2013 and 2014) before being traded to the Cardinals in July 2015.

Cishek saw the only postseason action of his career while with the Cubs, as he made an appearance out of the bullpen in the 2018 National League Wild Card Game against the Rockies at Wrigley Field. He got the only batter he faced to ground into an inning-ending double play in a game that Chicago ultimately lost, 1-0, in 13 innings.

At the conclusion of the 2019 campaign, Cishek elected to take his talents to the South Side of the Windy City by signing with the White Sox. He struggled to the tune of a 5.49 ERA in 22 appearances (20 innings) for Chicago during the COVID-shortened 2020 season and was released from his contract that September.

Cishek inked a minors pact with the Astros last February but was cut loose before the end of spring training. He quickly latched on with the Angels and wound up producing a 3.42 ERA in 74 games (66 1/3 innings) for the Halos in 2021.

As a result of last winter’s lockout, Cishek did not sign with the Nationals until March. He posted a 4.21 ERA with 74 strikeouts to 27 walks over 69 appearances (66 1/3 innings) for Washington.

All things considered, Cishek forged a respectable 2.98 ERA and 3.49 FIP to go along with 743 strikeouts across 737 total relief appearances between the Marlins, Cardinals, Mariners, Rays, Cubs, White Sox, Angels, and Nationals over the course of a 13-year major-league career in which he recorded 133 total saves . His 94 saves with Miami rank third all-time in franchise history, while his 737 career appearances are tied for the 87th-most on MLB’s all-time list.

“I don’t have anything to complain about,” Cishek said. “I had a good career. I had a lot of fun and got to play with some amazing teammates.”

Having grown up a Red Sox fan, Cishek said he dreamt of pitching for his hometown team at some point in his career. Despite the two sides being linked to one another in the past, that opportunity never fully materialized. Cishek, did, however make seven career appearances at Fenway Park and held opposing hitters to a .579 OPS against over 6 2/3 cumulative innings of relief.

With his playing days now behind him, Cishek will get the opportunity to spend more time with his wife, Marissa, and their three daughters. He told Maclone that he might get into coaching down the road and plans on getting in touch with the pitching coaches at Cressey Sports Performance in Hudson.

“I never had any issues with my arm,” said Cishek . “I owe a lot to those guys. Cressey is a big reason for that.”

According to Maclone, Cishek has enjoyed the longest playing career of any big-leaguer from Cape Cod to date. We certainly wish him the best in his future endeavors.