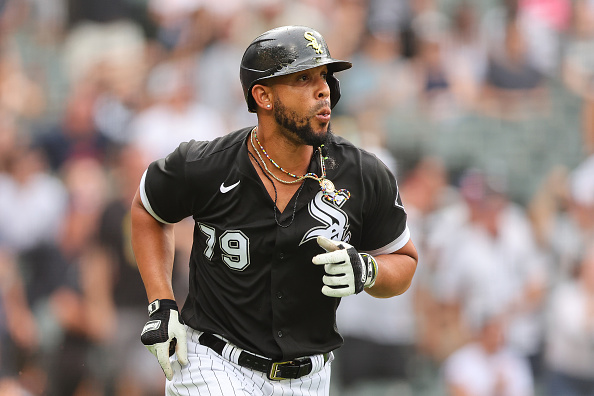 The Red Sox apparently made an attempt to sign Jose Abreu before the veteran slugger inked a three-year deal with the Astros earlier this week.

Around the same time Abreu was introduced to the Houston media at Minute Maid Park on Tuesday, Jon Heyman of The New York Post reported that the soon-to-be 36-year-old first base baseman and designated hitter was “Boston’s No. 1 outside target” in free agency.

According to Heyman, the Red Sox met with Abreu as soon as he officially hit the open market earlier this month. The former White Sox star would have been a logical fit for the Sox and drew interest from other clubs — such as the Padres and Guardians — as well. But he ultimately landed with the Astros on a three-year, $58.5 million contract.

It seems as though the Red Sox were not willing to go as far as the Astros, who will be giving Abreu $19.5 million per year through his age-38 campaign. This is not the first time Boston has been outbid for Abreu’s services, either.

Before he first signed with the White Sox as an international free agent coming out of Cuba in 2013, the Red Sox made a push for Abreu but instead came up short. In nine seasons on the South Side of Chicago, the right-handed hitter won American League Rookie of the Year, made three All-Star teams, won three Silver Slugger Awards, and was named AL MVP in 2020.

Since the White Sox did not extend Abreu a qualifying offer, the Red Sox could have signed him without forfeiting any signing bonus money or draft-pick compensation. It remains to be seen how aggressive Boston was in its pursuit of Abreu, but Houston certainly represents an attractive destination for any sought-after free agent.

The Astros are only weeks removed from their second World Series title in six seasons and have shown a willingness to spend under owner Jim Crane, who has seemingly taken over as the team’s general manager following the firing of James Click.

Abreu was projected by MLB Trade Rumors to receive a two-year, $40 million deal in free agency this winter. The $58.5 million he will be getting from the Astros obviously exceeds that, and he will also be seeing more of that money than he would elsewhere since there is no state income tax in Texas.

Had he landed with the Red Sox, Abreu could have taken over as Boston’s next designated hitter while also spelling the left-handed hitting Triston Casas at first base on occasion. Chief baseball officer Chaim Bloom and Co. will now have to look elsewhere for offensive additions.

J.D. Martinez, who spent the last five seasons in Boston, remains a free agent. While a reunion between the two sides still seems unlikely, Alex Speier of The Boston Globe reports that the Red Sox could look to bring Martinez back at a lower salary depending on how the rest of the offseason pans out.

Beyond Martinez, the Sox could explore deals with the likes of Josh Bell, Mitch Haniger, and Trey Mancini if they intend on scouring the free agent market for a potential designated hitter.