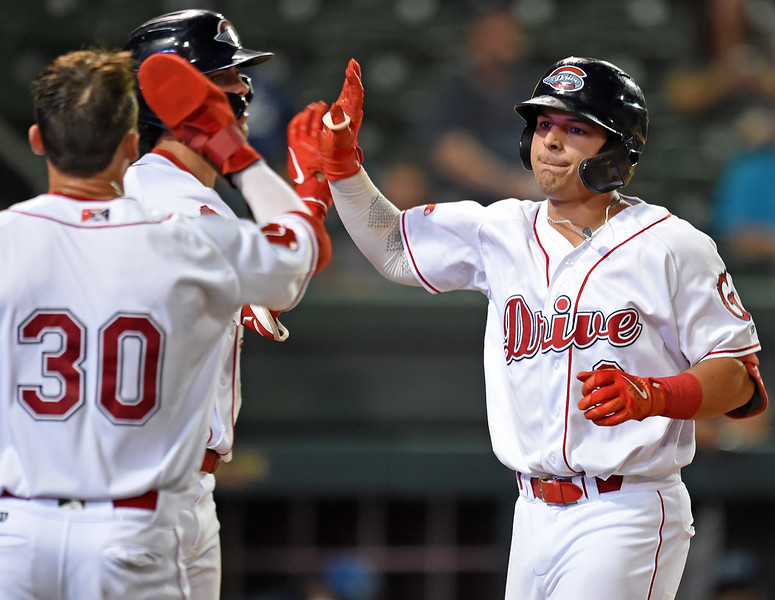 Second baseman Nick Yorke will be among the 12 youngest prospects to play in the Arizona Fall League this year, according to Baseball America.

Yorke, 20, was one of eight Red Sox prospects named to the Scottsdale Scorpions’ preliminary roster this past Friday. He is slated to the join the likes of right-handers Aaron Perry, Thaddeus Ward, Jacob Webb, and Ryan Zeferjahn, catcher Stephen Scott, first baseman Niko Kavadas, and outfielder Wilyer Abreu in Arizona next month.

Originally selected by Boston in the first round of the 2020 draft out of Archbishop Mitty High School (San Jose, Calif), Yorke entered 2022 as a consensus top-100 prospect after earning Red Sox Minor League Offensive Player of the Year honors in his first full professional season.

Journeying back to High-A Greenville to kick off the 2022 campaign, Yorke got off to a slow start. The right-handed hitting infielder batted .245/.319/.361 (89 wRC+) with just nine extra-base hits in his first 34 games before being placed on the injured with turf toe towards the end of May.

Yorke returned to the Greenville lineup on June 7, going 1-for-4 with a run scored and two strikeouts in a 6-3 loss to the Asheville Tourists. He then missed an additional two weeks because of back stiffness.

From June 21-July 3, Yorke went 7-for-39 (.205) at the plate with 13 strikeouts and three walks. His next in-game appearance did not come until after the All-Star break, as the native Californian was experiencing left wrist soreness that the Red Sox wanted to be cautious about.

Although his 84 wRC+ indicates he was a below-average hitter this season, internal metrics show that Yorke was better than the numbers suggest, according to Red Sox director of player development Brian Abraham.

In a recent conversation with The Athletic’s Chad Jennings, Abraham revealed that the motive behind sending Yorke to Arizona simply goes back to getting him more at-bats after an injury-plagued season that did not yield great results.

“We have some things we were working with him on that we want to see through in the Fall League,” said Abraham. “He’s continued to improve in the second half, and this would be an opportunity to continue that.”

Yorke, who committed just one error in 593 1/3 defensive innings at second base this season, will be competing with other infielders such as the Braves’ Cal Conley, the Angels’ Kyren Paris, and the Orioles’ Cesar Prieto for playing time at the keystone position. It also helps that he will have direct access to Triple-A Worcester assistant hitting coach Michael Montville, who will be a member of the Scorpions’ coaching staff.

The 2022 Arizona Fall League season begins on October 3 and concludes with the championship game on Nov. 12 at Scottsdale Stadium, which is where the Scorpions will play their home games.