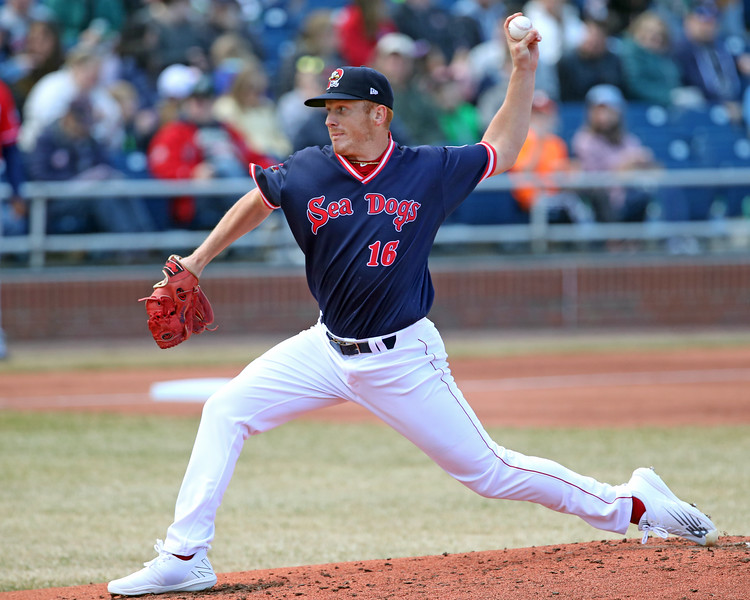 If there was any hope that Brandon Walter was going to return to the mound before the end of the season, Red Sox director of player development Brian Abraham put that to rest on Monday.

Walter, who is regarded by Baseball America as the No. 4 pitching prospect in Boston’s farm system, last pitched in an affiliated game on June 8. He was placed on the minor-league injured list with a neck strain on June 24 and has been rehabbing in Fort Myers since early July.

“It’s a little more complicated in terms of exactly what he’s dealing with,” Abraham told The Athletic’s Chad Jennings. “It’s (also) a back issue — obviously they’re all correlated. He’s been doing some light physical activity. He’s been checked out by some doctors. He’s going to miss the rest of the season, obviously, but we’re hopeful he’s going to have a normal off-season ramp-up to be ready for next year.

“Without getting into too many specifics, it’s a neck strain that has turned into a little bit more of a back issue,” he added. “A bulging disc is actually what we’re talking about here. We’re just kind of working our way through that.”

Originally selected by the Red Sox in the 26th round of the 2019 amateur draft as a senior out of the University of Delaware, Walter burst onto the scene last season by displaying more explosive stuff and posting a 2.92 ERA in 89 1/3 innings between Low-A Salem and High-A Greenville.

The 25-year-old left-hander broke camp this spring with Double-A Portland and proceeded to pitch to a a 2.88 ERA and 2.73 FIP over nine starts (50 innings) before earning a promotion to Triple-A Worcester in late May. He made just two starts for the WooSox, allowing seven earned runs on nine hits, four walks, and seven strikeouts in 7 2/3 innings, before straining his neck.

Walter, who turns 26 next week, can become eligible for the Rule 5 Draft for the first time in his career this winter. The 6-foot-2, 200-pound southpaw is equipped with a unique delivery and a three-pitch mix that consists of a mid-90s sinker, a low-80s changeup, and a low-80s slider. He could be of interest to other clubs if the Red Sox do not protect him. They will have until late November to make that decision.