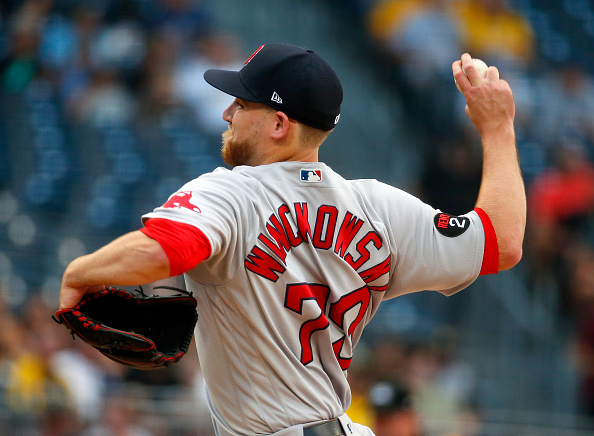 The Red Sox have activated left-handed reliever Matt Strahm from the 15-day injured list ahead of Friday’s series opener against the Orioles in Baltimore.

In order to clear a spot for Strahm on the 26-man roster, rookie right-hander Josh Winckowski was optioned to Triple-A Worcester following Thursday’s 8-2 loss to the Pirates, as was first reported by MassLive.com’s Chris Cotillo.

Strahm, who joined the team in Pittsburgh on Thursday, had been on the injured list with a left wrist contusion since July 13. The previous night, the 30-year-old southpaw was hit in the wrist by a 98 mph line drive off the bat of Rays shortstop Taylor Walls.

Although X-rays came back negative, Strahm was unable to resume throwing again until earlier this month. He was then sent out on a brief rehab assignment this past Tuesday and needed just 14 pitches (9 strikes) to toss a scoreless sixth inning for the WooSox at Polar Park.

Winckowski, meanwhile, made his 12th start of the season on Thursday night after Nathan Eovaldi was scratched due to trap soreness. The 24-year-old righty allowed six earned runs on seven hits, one walk, and two strikeouts over five innings. He served up a pair of two-run home runs to Pirates outfielder Bryan Reynolds in the process of getting charged with his sixth losing decision of the year.

Thursday’s poor outing continues a recent trend for Winckowski, who now owns a 6.46 ERA across his last five starts (23 2/3 innings) since returning from a bout with COVID-19 on July 26.

Called up for the first time in late May, Winckowski produced a 4.38 ERA and 4.26 FIP with 26 strikeouts to 14 walks over seven starts and 37 innings pitched to begin his big-league career. He was one of five players the Red Sox acquired from the Mets and Royals in the trade that sent Andrew Benintendi to Kansas City last February.

Currently regarded by Baseball America as as the fifth-ranked pitching prospect in Boston’s farm system, Winckowski has pitched to a 3.37 ERA (2.71 FIP) in nine starts with the WooSox this season.

As noted by Cotillo, Winckowski is a leading candidate to re-join the Red Sox when rosters expand from 26 to 28 players on September 1. In the meantime, he will serve as top-level rotation depth in Worcester and could be called upon again soon if Eovaldi (who is now scheduled to start on Tuesday) winds up going on the injured list.