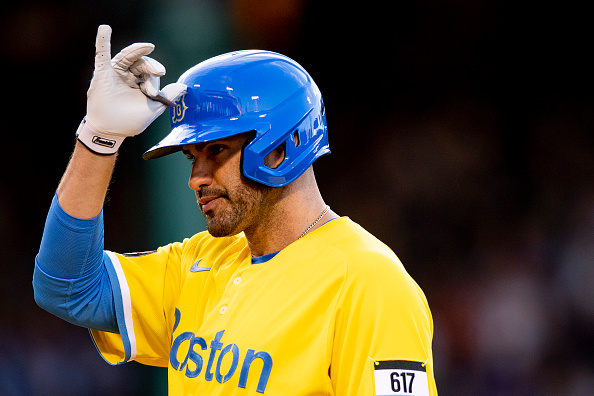 J.D. Martinez remains out of the Red Sox lineup as the veteran slugger continues to deal with back spasms.

After missing the entirety of this weekend’s series against the Blue Jays, Martinez is once again on the bench for the start of Monday’s series-opening contest with the Guardians at Fenway Park.

The Red Sox had been optimistic that Martinez would be able to return on Monday. While that is no longer the case, manager Alex Cora told reporters (including the Boston Globe’s Alex Speier) that Martinez is feeling better and could be available to pinch-hit later Monday night.

Martinez, who turns 35 next month, has yet to suit up for the Red Sox since representing the club in last Tuesday’s All-Star Game in Los Angeles, where he went 0-for-2 with a strikeout as a reserve.

In Martinez’s place, Rob Refsnyder will serve as Boston’s designated hitter while batting out of the two-hole on Monday. The 31-year-old is currently slashing a stout .326/.383/.512 to go along with two home runs, four RBIs, and seven runs scored over 16 games (47 plate appearances) in the month of July.