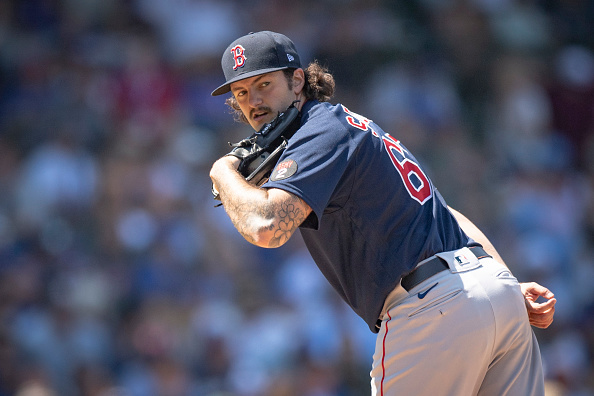 Before taking on the Yankees at Fenway Park on Friday night, the Red Sox placed right-hander Michael Wacha on the 15-day injured list with right shoulder inflammation, retroactive to July 5. In a corresponding move, fellow righty Connor Seabold has been recalled from Triple-A Worcester, the club announced.

Wacha heads to the injured list after dealing with a “heavy arm” for the last week or so. The 31-year-old was slated to start against the Rays on Monday but was scratched from that outing. The Red Sox were hopeful that Wacha would be able to go against the Yankees on Friday, but the righty did not bounce back as the team hoped he would.

In 13 starts for Boston this season, Wacha has posted a 2.69 ERA and 3.96 FIP with 50 strikeouts to 22 walks over 70 1/3 innings of work. Since his stint on the injured list was backdated by three days, the veteran hurler will be eligible to return to action July 22, which is the Red Sox’ first game after the All-Star break.

Seabold, meanwhile, will make his third start of the season for the Sox on Friday, which will also be his first-ever appearance at Fenway Park. The 26-year-old made two starts on the road last week, allowing a total of eight earned runs on 15 hits, three walks, and 11 strikeouts in 8 2/3 combined innings against the Blue Jays and Cubs.

With Wacha out through the All-Star break, Seabold could remain in Boston’s starting rotation for its next series against the Rays in Tampa Bay next week. On Friday, Seabold will be opposed by Yankees left-hander Nestor Cortes as he takes the Fenway mound for the first time in his big-league career.