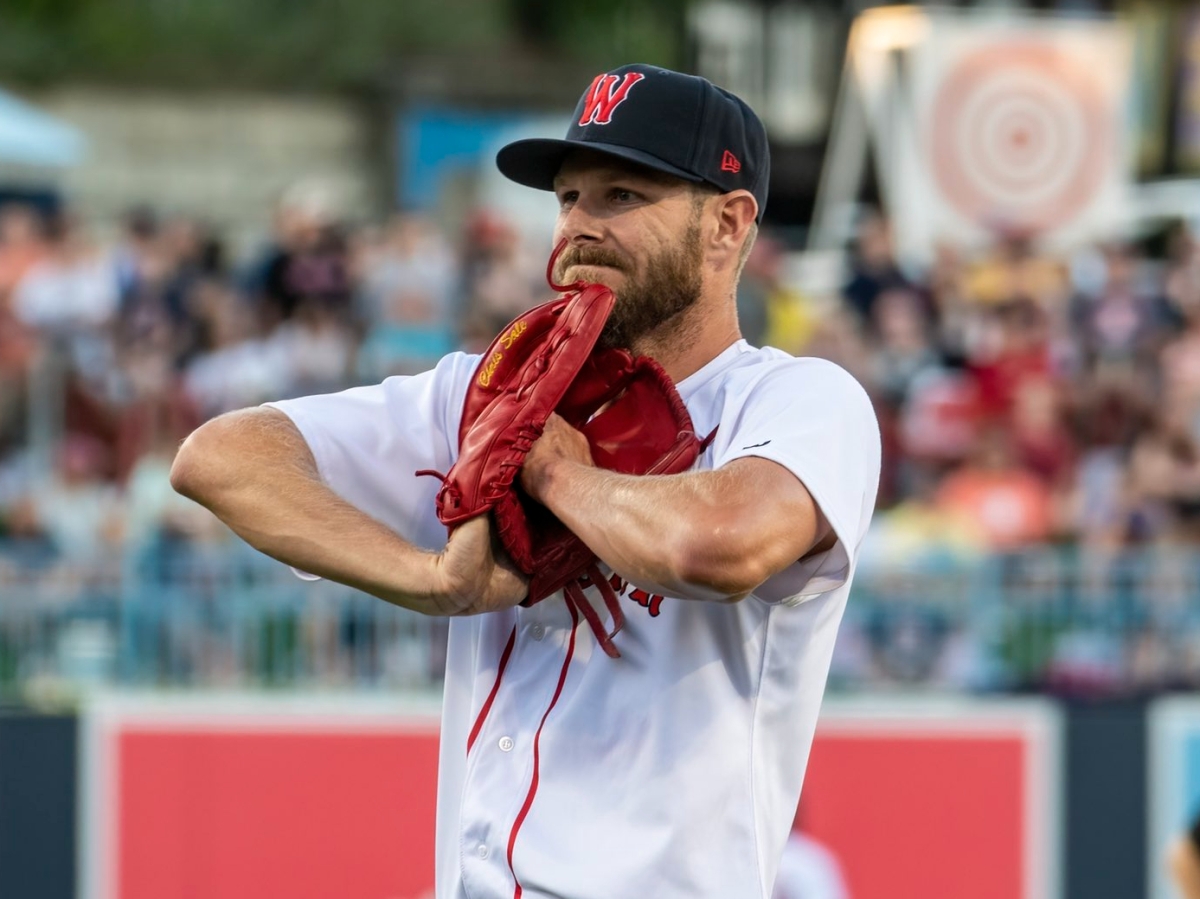 In the fourth and possibly final start of his rehab assignment, Red Sox left-hander produced mixed results for Triple-A Worcester on Wednesday night.

Pitching in front of a crowd of 8,891 at Polar Park, Sale allowed one run on three hits and five walks to go along with five strikeouts over just 3 2/3 innings of work in the WooSox’ 4-2 loss to the Scranton/Wilkes-Barre RailRiders.

After tossing four innings in Portland last Thursday, the plan was for Sale to get stretched out to 65 pitches on Wednesday. A wrench was instead thrown into those plans due to a high pitch count.

In the fourth, Sale gave up back-to-back softy-hit singles to Phillip Evans and Greg Bird to lead off the inning. He then got the first out of the inning before giving up another weak single to Chris Owings that filled the bases.

A five-pitch punchout of Armando Alvarez increased Sale’s pitch count to 66. Rather than get pulled from the game, he got a visit from WooSox pitching coach Paul Abbott, who told him he had a hard limit of 70 pitches.

Sale followed that exchange by issuing a six-pitch walk to No. 9 hitter David Freitas, who proved to be the final RailRider he would face as Evans scored from third to make it a 1-1 game at the time.

Finishing with a final pitch count of 72 (42 strikes), Sale induced 14 swings-and-misses. The 33-year-old southpaw also averaged 94 mph and topped out at 97 mph with his fastball while mixing in a mid-80s changeup and high-70s slider, according to The Boston Globe’s Alex Speier.

When speaking with reporters (including Speier) Wednesday night, Sale indicated that the lack of command he displayed can be attributed to an issue with his delivery, which he believes can be fixed easily.

“It’s nothing that can’t be cleaned up in this next week [with] a couple bullpen sessions,” Sale said. “This doesn’t really set me back.”

Sale began the season on the 60-day injured list due to a right rib cage stress fracture that he sustained in February. His return was then slowed for a period of time in May because of a non-baseball health concern related to his family’s medical history.

If this was indeed Sale’s final rehab outing, he would be on track to return to the Red Sox’ starting rotation during their series against the Rays in Tampa Bay next week. If not, he could make another start for one of Boston’s minor-league affiliates in order to refine his command before re-joining the big-league club.

Either way, Sale says he is feeling good physically and is in a different place than he was at this time last year while working his way back from Tommy John surgery.

“Coming back from a major arm surgery last year, there were a lot of question marks still,” said Sale. “This year’s more of just sharpening the sword, not rebuilding it.”