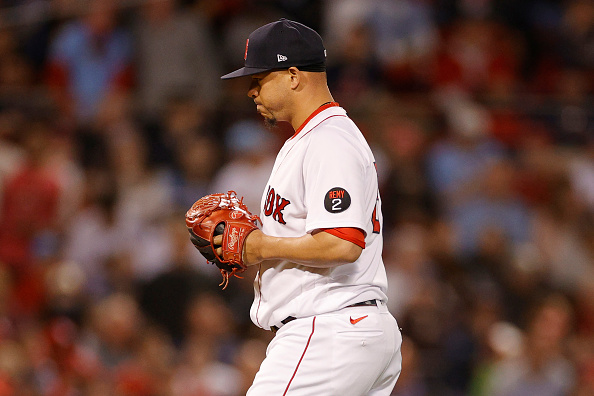 The Red Sox have designated veteran reliever Hansel Robles for assignment, according to Sean McAdam of the Boston Sports Journal.

By designating Robles for assignment, Boston has created an opening on its 26-man roster for top pitching prospect Brayan Bello, who will be called up from Triple-A Worcester and make his major-league debut against the Rays on Wednesday.

The move also creates an opening on the Sox’ 40-man roster, which now sits at 39 players. They could opt to save that spot for Chris Sale, who is currently on the 60-day injured list but is expected to be activated next week, or they could use it on a non-40-man player in the meantime.

As for Robles, the 31-year-old right-hander originally joined the Red Sox after coming over from the Twins at last year’s trade deadline. He quickly earned the trust of manager Alex Cora during Boston’s postseason run and re-joined the club on a minor-league deal back in March.

By making the Red Sox’ Opening Day roster out of spring training, Robles ensured that he would earn $2.25 million in guaranteed money this year. The Dominican-born hurler got his first full season in Boston off to a solid start by posting a 0.93 ERA in April.

Since the calendar flipped to May, however, Robles began to struggle while seeing his fastball velocity dip. He allowed one run in the seventh inning of Tuesday’s loss to Tampa Bay and now owns a 5.84 ERA over 26 appearances (24 2/3 innings) this season.

The Sox will have the next seven days to either trade, waive, or release Robles. If claimed by another club, that team would then be on the hook for the remainder of his 2022 salary. If he goes unclaimed, Robles would then be able to refuse an outright assignment to the minor-leagues and become a free-agent instead.

At that point, another team could sign Robles for the rest of the season for league minimum while the Red Sox would still be responsible for the rest of his salary. Either way you look at it, it appears that Robles’ time with Boston has come to an end.