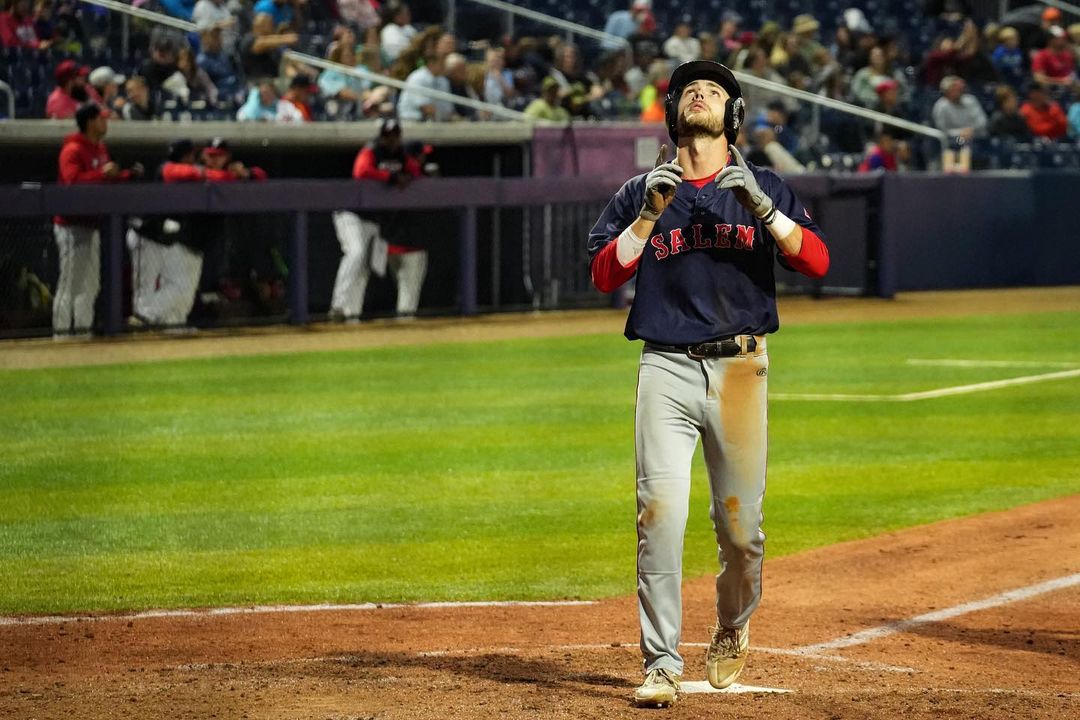 Sikes made his debut for the Drive in their game against the Greensboro Grasshoppers on Monday night and went 1-for-4 with a single and strikeout. The 23-year-old was originally selected by the Red Sox in the 18th round of last summer’s draft out of Texas Christian University.

He was sidelined for approximately 10 days (June 16-25) due to an undisclosed injury, but made his impact felt upon his return to Salem’s lineup by slashing a stout .385/.462/.846 in his last six games leading up to Monday’s promotion.

Defensively, Sikes started in right field while making his debut for Greenville on Monday. With Salem, the 6-foot-2, 190 pounder logged 102 2/3 innings in left field, 226 innings in center, and 72 innings in right. He also made two scoreless appearances as a pitcher.

Sikes, who does not turn 24 until next April, is not yet regarded by any major publication as one of the top outfield prospects in the Red Sox’ farm system. That being said, the native Texan has gotten his professional career off to a solid start and should figure to spend the rest of the 2022 campaign in Greenville.

On that note, Sikes becomes the latest member of Boston’s 2021 draft class to suit up for the Drive so far this season, as he joins the likes of Tyler McDonough, Nathan Hickey, Wyatt Olds, Niko Kavadas, and Jacob Webb.

(Picture of Phillip Sikes via the Salem Red Sox)