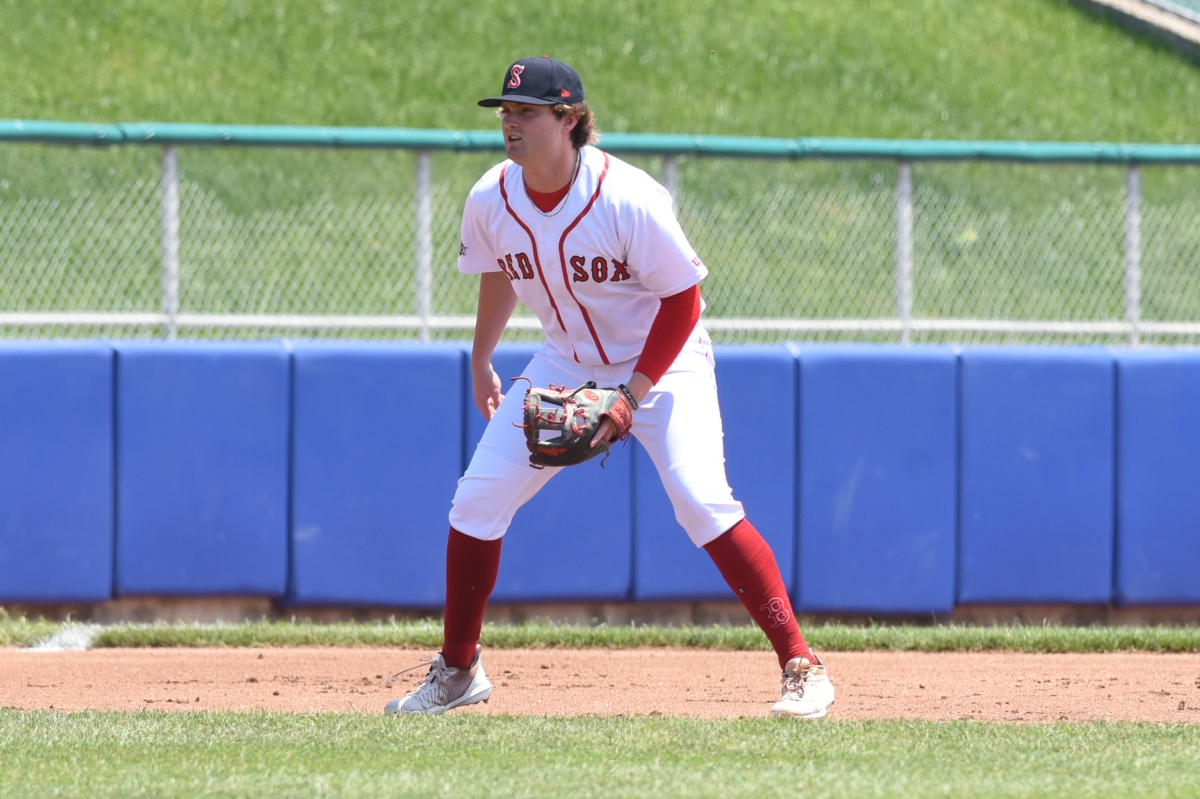 In six games at Carilion Clinic Field, Jordan went 13-for-26 (.500) at the plate with one triple, three home runs, nine RBIs, six runs scored, one stolen base, one walk, and two strikeouts.

Defensively, Jordan has seen playing time at both corner infield spots so far this season. Coming into play on Tuesday, the 6-foot-2, 220 pounder has logged 297 innings and committed three errors at the hot corner and has logged 136 1/3 innings at first while committing four errors there.

Still just a teenager who does not turn 20 until late December, Jordan is currently regarded by Baseball America as the No. 8 prospect — as well as the best power hitter — in Boston’s farm system. The Mississippi native was originally taken by the Sox in the third round of the 2020 amateur draft out of DeSoto Central High School. He forewent his commitment to Mississippi State University by signing with the club for $1.75 million.

While Jordan has the potential to emerge as a top-100 prospect for years to come, the Red Sox are likely to take their time when it comes to his development given his age. With that, it would not be surprising if he were to spend the rest of the 2022 campaign in Salem, though a late-season promotion to High-A Greenville certainly cannot be ruled out.

In addition to Jordan, fellow Red Sox prospects Niko Kavadas and Eddinson Paulino were also named to Baseball America’s Hot Sheet since they, too, had monster series against Delmarva.