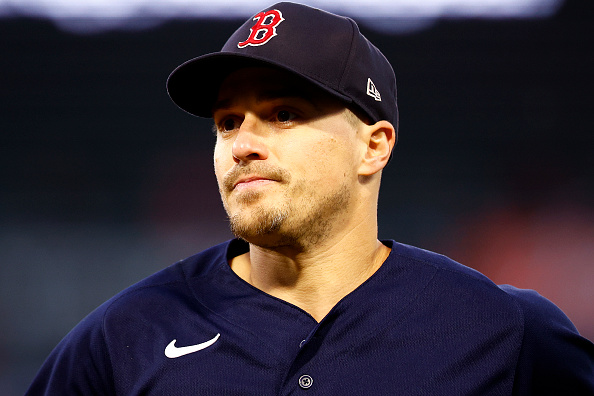 The Red Sox placed centerfielder Enrique Hernandez on the 10-day injured list because of a right hip flexor strain, Alex Cora announced before Wednesday’s game against the Angels.

In Hernandez’s place, infielder Jonathan Arauz has been recalled from Triple-A Worcester. Arauz, who was with the WooSox in Buffalo, was able to join the Red Sox ahead of first pitch at Angel Stadium on Wednesday night and will be available off the bench.

Cora indicated to reporters (including The Athletic’s Jen McCaffrey) that Hernandez had been playing through his injury in recent weeks, but the team believes some down time would be more beneficial.

With the Red Sox this season, Hernandez has batted just .209/.273/.340 with 16 doubles, four home runs, 24 RBIs, 27 runs scored, 18 walks, and 38 strikeouts over 51 games spanning 238 plate appearances. The versatile 30-year-old has seen the majority of his playing time come in center field, though he has also made three appearances at shortstop.

Arauz, meanwhile, will join Boston for the second time this year after making the club’s Opening Day roster out of spring training. Occupying a bench role, the switch-hitting 23-year-old went 0-for-7 at the plate with one RBI and one run across five games before being placed on the COVID-19 related injured list on April 19.

Less than two weeks later, Arauz was sent out on a rehab assignment with Worcester and was officially optioned there on May 12. The native Panamanian has slashed .185/.242/.239 with five doubles, three RBIs, 11 runs scored, one stolen base, seven walks, and 13 strikeouts in 24 games (99 plate appearances) with the WooSox.

As noted by McCaffrey, the Red Sox went with Arauz in this scenario because they want an extra infielder on their roster for now as Xander Bogaerts, Rafael Devers, and Trevor Story will all be getting days off this week . Boston could, however, swap Arauz for outfielder Jarren Duran ahead of this weekend’s series against the Mariners in Seattle or when it opens a three-game series against the Athletics back at Fenway Park next Tuesday.