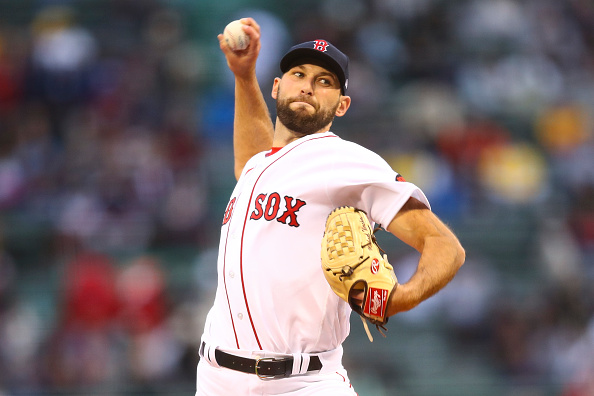 Injured Red Sox starter Michael Wacha threw a bullpen session at Globe Life Field on Saturday. The right-hander is now slated to throw a simulated game back at Fenway Park on Monday.

Wacha was slated to make his sixth start of the season for Boston against the White Sox last Sunday, but was scratched shortly before first pitch and was later placed on the 15-day injured list due to left intercostal irritation.

Since his stint on the injured list was backdated to May 5, the Red Sox are hopeful they can get Wacha back after the minimum 15 days are over. That would line up the 30-year-old to take the mound against the Mariners this coming Friday, May 20.

When speaking with reporters (including MassLive.com’s Christopher Smith) earlier Sunday morning, Sox manager Alex Cora said Wacha “feels good” and added that “everything looks like he’ll be OK” in regards to his anticipated return date.

Through his first five outings of the year, Wacha has impressed in the back-end of Boston’s starting rotation. The veteran righty has posted a 1.38 ERA and 3.93 FIP to go along with 19 strikeouts to 11 walks over 26 innings of work.

Wacha, who turns 31 in July, signed a one-year, $7 million contract with the Red Sox last November, so the 6-foot-6, 215-pound hurler can become a free-agent again this winter.