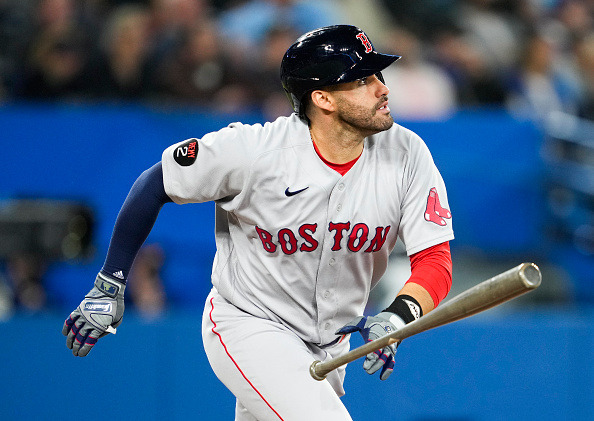 J.D. Martinez was originally slated to return to the Red Sox lineup for Saturday’s contest against the Orioles at Camden Yards. The veteran slugger was in line to start at designated hitter and bat cleanup for Boston.

A little more than three hours before first pitch, however, it was revealed that Martinez was scratched from the Sox’ lineup as left fielder Alex Verdugo moved up to the four-hole and Christian Arroyo was inserted as the team’s new designated hitter.

Coming into Saturday night, Martinez had missed six of Boston’s last nine games while dealing with left adductor tightness that first became an issue around April 20. The Red Sox are just 3-6 during that stretch.

While he will not be starting on Saturday, Martinez will be available to pinch-hit off the bench and will likely start on Sunday, per manager Alex Cora.

Arroyo, on the other hand, hit his first home run of the season on Friday and is currently batting .205 (8-for-39)/.220/.282 to go along with RBIs, three runs scored, one stolen base, one walk, and nine strikeouts over his first 14 games (42 plate appearances) of 2022. Saturday will mark the second consecutive day and third time overall in which the 26-year-old has been used as a designated hitter so far this season.