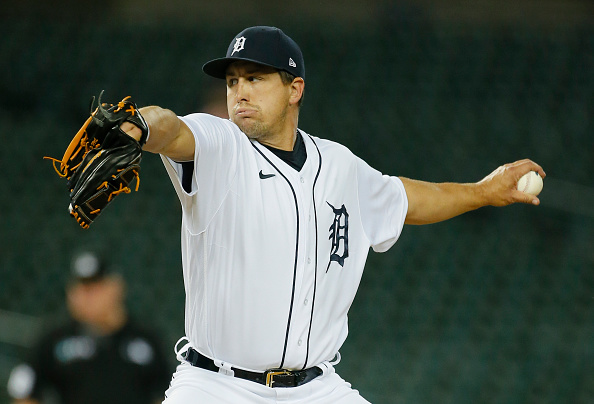 The Red Sox have signed left-hander Derek Holland to a minor-league contract for the 2022 season, according to MLB Trade Rumors’ Steve Adams. It’s likely the deal includes an invite to major-league spring training.

Holland, 35, was originally selected by the Rangers in the 25th round of the 2006 amateur draft out of Wallace State Community College. The Ohio native debuted for Texas in 2009 and remained there through the end of the 2016 season.

Most recently, Holland made 39 appearances (one start) for the Tigers in 2021. The veteran lefty posted a 5.07 ERA — but more respectable 3.96 FIP — to go along with 51 strikeouts to 20 walks over over 49 2/3 innings pitched with Detroit before becoming a free agent in November.

Listed at 6-foot-2 and 223 pounds, Holland operates with a four-pitch mix that consists of a sinker, curveball, four-seam fastball, and changeup. He induced a 37.2% whiff rate with his curveball last year, per Baseball Savant.

With 1,466 big-league innings under his belt, Holland becomes the latest southpaw the Red Sox have added to their bullpen mix, albeit on a minors pact. Boston made their signings of Jake Diekman and Matt Strahm official earlier this week.