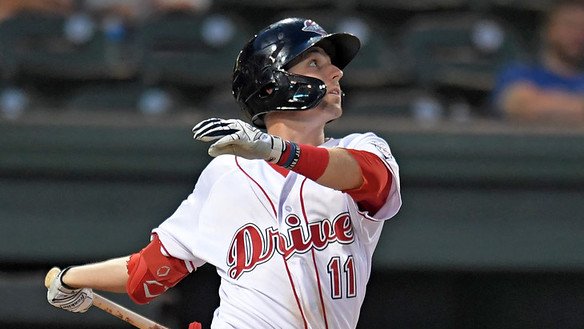 It was one year ago Thursday when the Red Sox acquired catching prospect Ronaldo Hernandez and infield prospect Nick Sogard from the Rays for recently-designated relievers Chris Mazza and Jeffrey Springs.

Hernandez, 24, had a solid 2021 season with Double-A Portland and wound up finishing the year with Triple-A Worcester. For the purposes of this article, though, we will strictly be focusing on the year Sogard had.

The younger cousin of veteran big-league infielder Eric Sogard, Nick was originally selected by the Rays in the 12th round of the 2019 amateur draft out of Loyola Marymount University in Los Angeles.

After the COVID-19 pandemic wiped out what would have been his first full season of pro ball in 2020, Sogard was traded from Tampa Bay to Boston and opened the 2021 minor-league campaign with High-A Greenville.

The following day, Sogard traveled from Greenville, S.C. to Portland, Maine to make his Double-A debut for the Portland Sea Dogs in their contest against the Harrisburg Senators at Hadlock Field. He went 1-for-4 with an RBI single and then remained with the Sea Dogs to fill in for players who left for the Summer Olympics. .

Sogard’s second stint with the Drive began when he was inserted back into Iggy Suarez’s lineup on Aug. 11. This time around, the California native impressed to the tune of a .341/400/.568 (155 wRC+) over 11 games and exactly 50 trips to the plate. He clubbed three homers and collected 12 RBI during that stretch before receiving another call-up to Portland on the final day of August.

With the Sea Dogs for a second time, Sogard appeared in just two games and went 1-for-5 with a single during a doubleheader against the New Hampshire Fisher Cats in Manchester on September 3. He was again sent down to Greenville and returned to the Drive’s lineup on Sept. 15.

From there, Sogard closed out his first season in the Red Sox organization on a solid note, going 4-for-13 (.308) with a pair of home runs and four RBI in four games against the Aberdeen IronBirds.

Defensively, Sogard saw playing time at three different infield positions between Greenville and Portland over the course of the 2021 campaign. In total, the 6-foot-1, 180 pounder logged 309 innings at second base, 192 innings at third base (all at High-A), and 138 innings at shortstop.

Per his SoxProspects.com scouting report, Sogard has an “advanced feel for the game and strong instincts.” It also notes that he has average arm strength, but still has the ability to make throws from all over the infield, thus allowing him to stick at shortstop and play second and third base.

As things currently stand, Sogard is not regarded by any major publication (like Baseball America or MLB Pipeline) as one of the top prospects in the Red Sox farm system.

That being said, Sogard is projected by SoxProspects.com to begin the 2022 season with Double-A Portland. The 24-year-old speedster can become eligible for the Rule 5 Draft for the first time in his career this winter, meaning he would need to be added to Boston’s 40-man roster by the November deadline if the club wants to prevent that from happening.