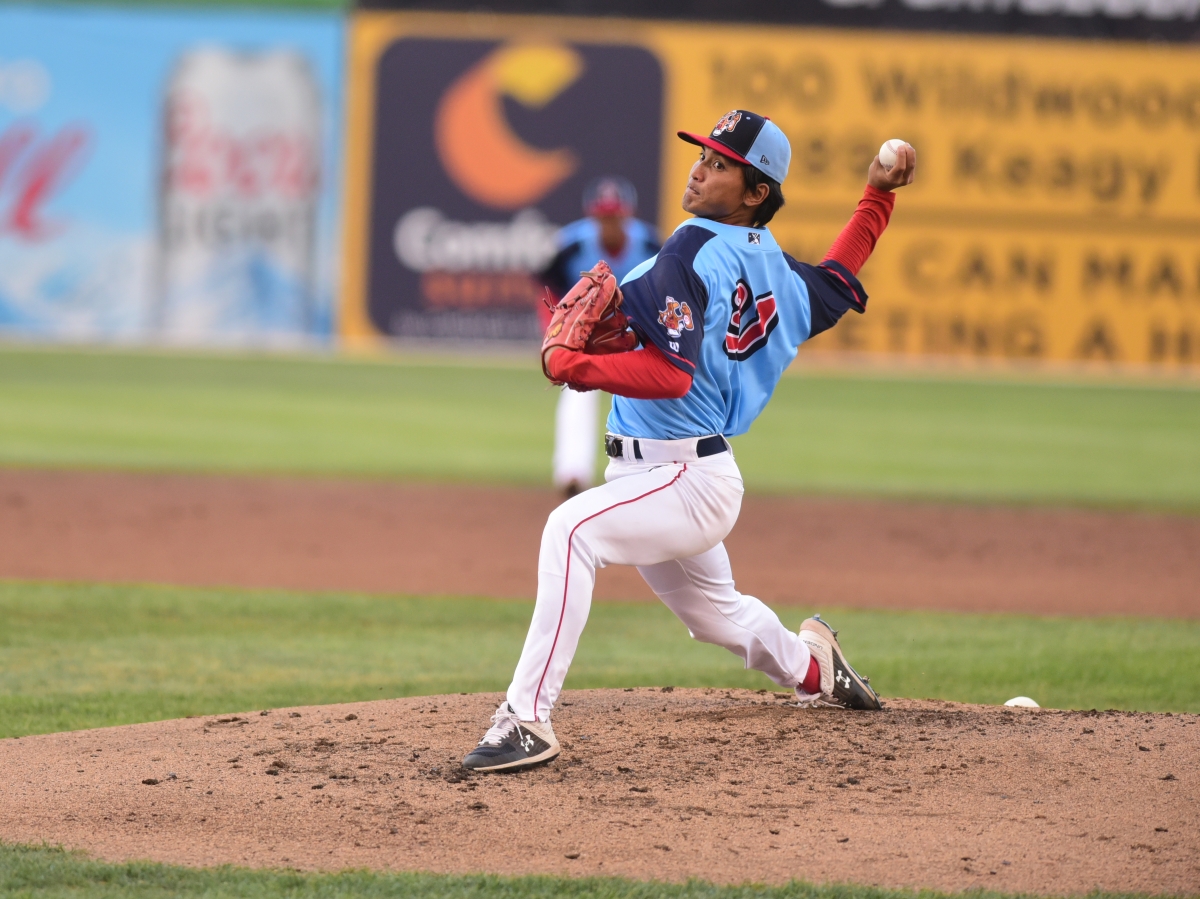 The road to the major-leagues has been far from a conventional one for Red Sox pitching prospect Chih-Jung Liu.

Signed out of Taiwan as an international free agent in October 2019, Liu’s path to the pros was almost immediately impacted by the COVID-19 pandemic the following spring.

Upon arriving in the United States that February, Liu was forced to quarantine from his hotel room in Fort Myers since the Red Sox were being extremely cautious during the early stages of the pandemic.

That quarantine period delayed Liu’s entrance into spring training, and it prevented him from making any real progress on the mound since camps across Major League Baseball were shut down in March.

As a result of the league-wide shutdown, Liu did not get to enjoy a conventional minor-league season in 2020. He instead headed back to Taiwan and rode out the lockdown at home before receiving an invite to participate in the Red Sox’ fall instructional league.

At fall instructs, Liu finally got the opportunity to pitch in front of Red Sox brass for an extended period of time. Then-vice president of player of development Ben Crockett was among those who was impressed with what they saw out of the right-hander.

“Great to actually see him,” Crockett told The Athletic’s Chad Jennings. “[He was] really interesting. Showed good stuff. Good fastball with carry. Showed pitch-ability. Showed an ability to use multiple pitches that will ultimately help him. It was definitely nice to kind of get him into more of a professional routine.”

After wrapping things up at the Fenway South complex that fall, Liu returned to Taiwan and spent the winter there. He made the trek back to Southwest Florida the following spring and remained there for both minor-league and extended spring training.

Last July, the moment finally arrived when Liu could make his highly-anticipated pro debut in the Florida Complex League. Matched up against the FCL Pirates Gold affiliate in Bradenton, the righty allowed two earned runs on three hits, no walks, and six strikeouts over five solid innings of work.

That happened on July 1. The following day, Liu received a promotion to Low-A Salem, where he would spend the remainder of the year. In 12 starts for Salem, the 22-year-old posted a 4.29 ERA and 4.11 FIP to go along with 54 strikeouts to 19 walks across 50 1/3 innings pitched.

At the conclusion of the minor-league season, Liu participated in the Sox’ fall performance program. He then went back to Taiwan for the off-season, but he did so with a particular goal in mind.

In an interview with The Central News Agency from December, Liu said the Red Sox wanted him to weigh in at 90 kilograms, or about 198 pounds, by the time he returned to the club in the spring. His listed weight at the beginning of last season was 185 pounds but he told The Central News Agency that he was now weighing in at 89 kilograms (196 pounds), meaning he is close to reaching his goal.

Coming into the 2022 season, Liu is currently regarded by MLB Pipeline as the No. 25 prospect in Boston’s farm system, ranking 11th among pitchers in the organization. The 6-foot, 196 pound hurler operates with a three-pitch mix that consists of a 91-94 mph fastball that tops out at 95 mph, an 82-84 mph changeup, and an 83-86 mph slider, per his SoxProspects.com scouting report.

A native of Tainan City, Liu is a former two-way player who signed with the Red Sox for $750,000 out of Chinese Culture University in 2019. He will turn 23 in April and is projected by SoxProspects.com to begin the 2022 campaign in High-A Greenville’s starting rotation.