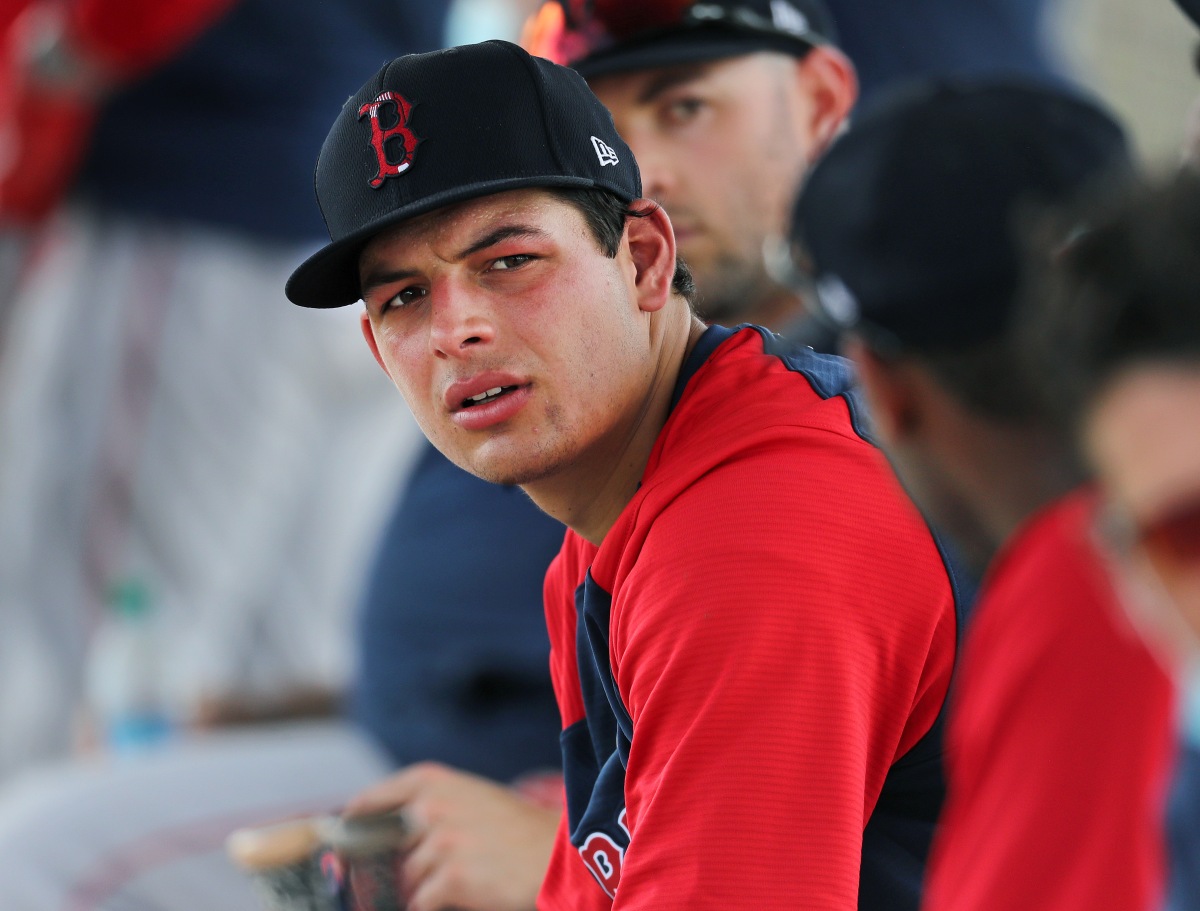 To nobody’s surprise, Nick Yorke was recently recognized by MLB Pipeline as the Red Sox’ breakout prospect in 2021.

Boston’s top pick — and 17th overall selection — in last year’s amateur draft, Yorke made a strong impression at major-league camp this spring before beginning the minor-league season with Low-A Salem.

Around the same time he was named the Low-A East Player of the Month for August, Yorke earned a promotion to High-A Greenville on Aug. 24. The right-handed hitting infielder capped off his professional debut by batting .333/.406/.751 with six doubles, one triple, four home runs, 15 RBIs, 17 runs scored, two stolen bases, 11 walks, and 22 strikeouts across 21 games (96 plate appearances) with the Drive.

As a result of such a strong campaign at the plate between Salem and Greenville, the 19-year-old was named Boston’s Offensive Player of the Year in September and was recognized at Fenway Park for earning the honor.

Defensively, Yorke was used strictly as a second baseman this season and committed a total of nine errors in 741 2/3 innings at the position. Despite there being some concerns that Yorke may not be able to stick at second base in the long-term, the Red Sox remain committed to keeping him there as he continues to develop.

“He showed how much improvement he can make in one offseason, just with his body, his athleticism, his improvements on defense,” Sox director of player development Brian Abraham said of Yorke when speaking with The Athletic’s Chad Jennings earlier this month. “To me, there’s no reason to think he couldn’t continue to improve and be an impact player there.”

Yorke, who does not turn 20 until next April, is currently regarded by Baseball America as the No. 3 prospect in Boston’s farm system heading into 2022. The 6-foot, 200 pound California native is projected by SoxProspects.com to begin next season where he ended this season: Greenville.

That being said, it’s certainly possible Yorke could find himself at Double-A Portland sooner rather than later next year if he gets off to a hot start come April.