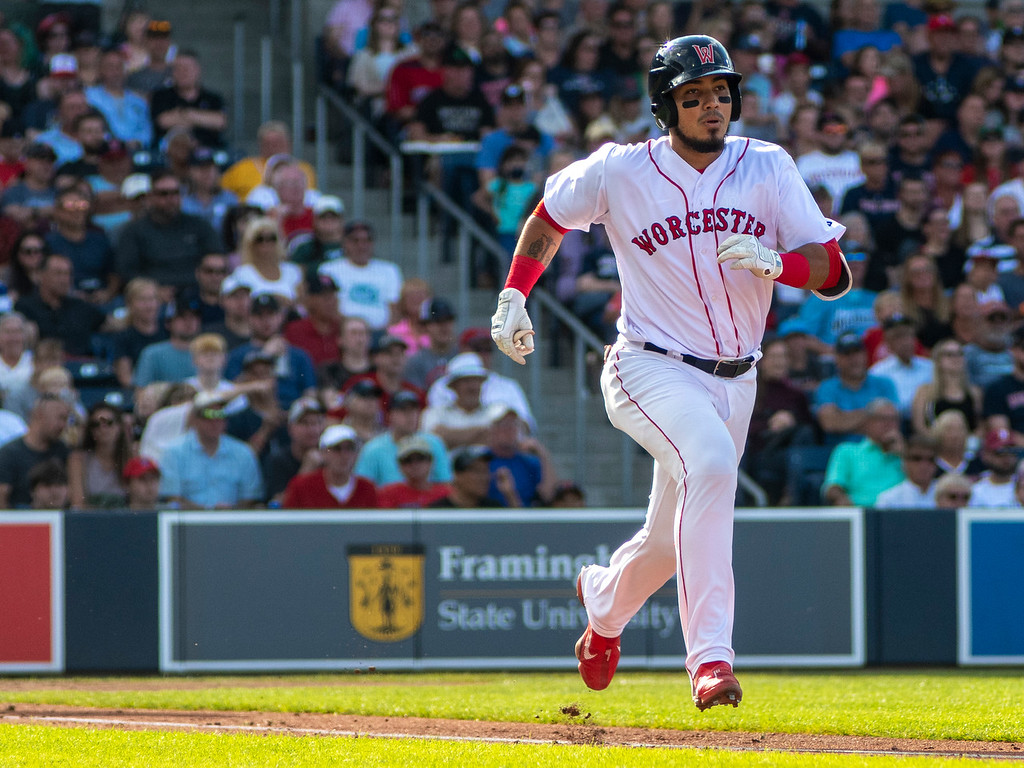 Former Red Sox catcher Jhonny Pereda has signed a minor-league deal with the Giants, per MLB.com.

Pereda, 25, was originally acquired by the Sox last March as the player to be named later in the trade that sent right-hander Travis Lakins to the Cubs last January.

After getting released and re-upping with Boston on a two-year minors pact last July, Pereda spent the entirety of the compressed 2020 season at the club’s alternate training site in Pawtucket.

This past season, the Venezuelan backstop began the year with Double-A Portland before earning a midsummer promotion to Triple-A Worcester in late July.

Originally signed by the Cubs as an international free agent in 2013, Pereda has spent the last two off-seasons playing for Leones del Caracas of the Venezuelan Winter League. After taking home Rookie of the Year honors last year, the 6-foot-1, 202 pounder came into play Saturday boasting a .793 OPS in 22 games (82 plate appearances) for Caracas.

While Pereda does have some intriguing qualities, such as the ability to play first base, the Red Sox must have felt comfortable letting him walk away in free agency considering how deep they are at catcher currently.

With Christian Vazquez and Kevin Plawecki in line to once again be Boston’s top two catchers entering 2022, the Sox also have catching prospects Connor Wong and Ronaldo Hernandez on their 40-man roster.

Behind those four, Kole Cottam, Elih Marrero, Jaxx Groshans, and 2021 fifth-round draft selection Nathan Hickey are among the other well-known catching prospects within the organization.