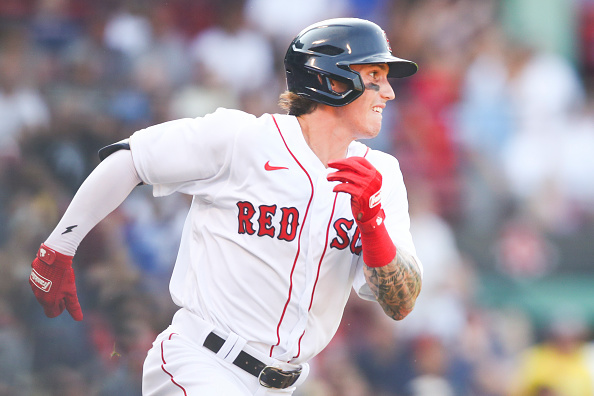 Jarren Duran was originally batting seventh and starting in center field in Red Sox manager Alex Cora’s lineup for the team’s series opener against the Indians at Fenway Park on Friday night, but has since been scratched.

The reason being, Duran is feeling under the weather — as he is experiencing COVID-19-like symptoms and has subsequently been sent home while the Red Sox await his test results.

“Duran is not feeling well, so he’s going through with his testing,” Cora said when speaking with reporters earlier Friday evening. “Obviously, he won’t be here with us today. We’ll know more hopefully later today or in the third inning, I guess, you know? We’ll know. But he doesn’t feel great, so we’ll go through the process.”

At that time, the soon-to-be 25-year-old top prospect had been exhibiting COVID-like symptoms while the Sox were in Toronto, but did not test positive for the virus.

If Duran were to test positive for COVID-19 this time around, though, he would become the eighth Red Sox player to do since last Friday.

Enrique Hernandez, Christian Arroyo, Martin Perez, Matt Barnes, Hirokazu Sawamura, Xander Bogaerts, and Yairo Munoz are all currently on the COVID-19 related injured list on account of testing positive, while Josh Taylor is on there since he was identified as a close contact.

Here is how the rest of the Red Sox will be lining up behind right-hander Nathan Eovaldi as they look to kick off the long weekend by extending their winning streak to three consecutive games.