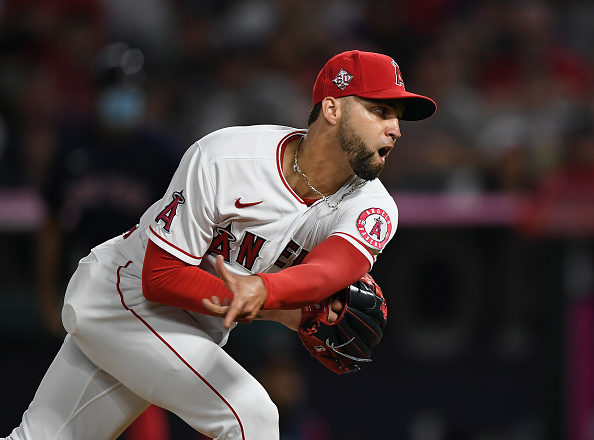 The Red Sox have signed left-handed reliever Alex Claudio to a minor-league contract and have assigned him to Triple-A Worcester, per SoxProspects.com.

Claudio, 29, was released by the Angels on July 30 — five days after being designated for assignment by the club.

In 41 relief appearances for Los Angeles this season, the veteran southpaw struggled to the tune of a 5.51 ERA and 5.10 FIP to go along with 30 strikeouts and 15 walks over 32 2/3 total innings of work.

A former 27th-round draft pick of the Rangers out of Isabel Flores High School (Puerto Rico), Claudio inked a one-year, $1.125 million deal with the Angels last December after spending the 2019 and 2020 campaigns with the Brewers and being non-tendered by Milwaukee over the winter.

Per Baseball Savant, Claudio — a native of San Juan — operates with a four-pitch mix that consists of a sinker, slider, changeup, and four-seam fastball.

While he endured his fair share of difficulties with the Halos in 2021, Claudio has proven to fairly effective in the past, especially when going up against fellow left-handed hitters.

As noted by MassLive.com’s Chris Cotillo, the Red Sox have looked to bolster their left-handed bullpen depth behind Josh Taylor as of late with Darwinzon Hernandez currently sidelined because of a right oblique strain he sustained in late July.

In addition to signing Claudio to a minors pact, Boston acquired left-handed reliever Austin Davis from the Pirates on July 30 and moved Martin Perez to the bullpen last week.

By bringing in Claudio, the Red Sox have now signed a pair of Puerto Rican hurlers to minor-league deals within the last week, as former Reds righty Jose De Leon joined the organization on Thursday.

Both Claudio and De Leon have been assigned to the WooSox, for what it’s worth.