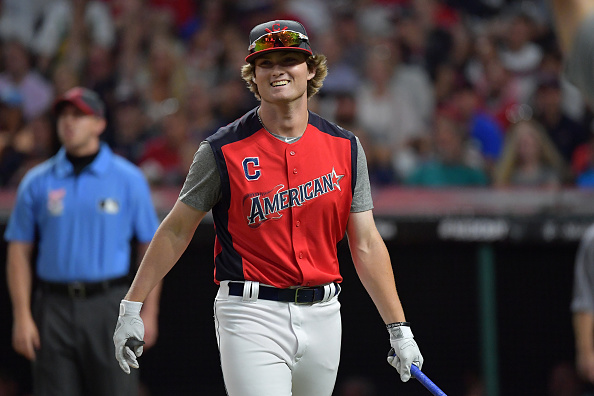 The Red Sox have promoted infield prospect Blaze Jordan to Low-A Salem, according to The Boston Globe’s Alex Speier.

In his final seven games with the FCL Red Sox, Jordan posted an absurd 2.000 OPS, so it appears he was ready for a new challenge.

At that time, Jordan — a native of Southaven, Miss. who reclassified in order to graduate a year early — was committed to play college baseball at nearby Mississippi State University, but the Red Sox were able to sign him for $1.75 million.

Known for his raw power going back to his high school days, Jordan was unable to showcase his skills out of the gate with the 2020 minor-league season being cancelled due to the COVID-19 pandemic, though he did participate in the Sox’ fall instructional league and has since carried that over thus far in 2021.

Jordan, who does not turn 19 until late December, is currently regarded by Baseball America as the No. 13 prospect in Boston’s farm system. Per his Baseball America scouting report, the young infielder ” generates his tremendous power with size and a well-synced kinetic chain that seems to transfer every drop of his frame into contact.”

In the 19 games he played with the FCL Red Sox, Jordan — listed at 6-foot-2 and 215 pound — saw the majority of his playing time come at third base with a little bit of first base mixed in there as well.

It’s unclear at the moment which position Jordan will occupy more while with Salem, but he will undoubtedly become teammates and share the same infield with fellow 2020 draftee Nick Yorke, whom the Sox selected in the first round.