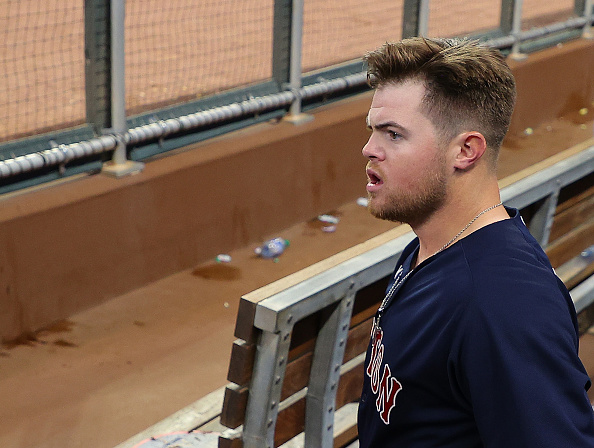 Christian Arroyo and Kevin Plawecki are both progressing well from their respective injuries and could be ready to return to the Red Sox within the coming days, manager Alex Cora said prior to Monday’s game against the Royals at Fenway Park.

Arroyo has been out of action since June 20, when he collided with center fielder Enrique Hernandez while going after a fly ball in the fifth inning of last Sunday’s loss to the Royals in Kansas City.

Later diagnosed with a right shin bone bruise, the infielder was placed on the 10-day injured list on June 24 with what the Red Sox called a right knee contusion.

Because Arroyo’s stint on the IL was backdated to June 21, the soonest the 26-year-old could be activated is this Thursday, July 1.

Plawecki, meanwhile, suffered a left hamstring strain in Kansas City last weekend while chasing after an errant throw from Hernandez.

The veteran catcher was placed on the 10-day injured list on June 22, though, like Arroyo, the move was made retroactive to June 21, meaning he could be activated as soon as Thursday.

While Arroyo and Plawecki have been on the shelf, they have been able to take part in baseball activities, as both were involved in Chris Sale’s live batting practice session at Fenway Park on Saturday.

Taking that into consideration, Cora is hopeful the Sox can get both players back potentially by the end of the week. Infielder/outfielder Michael Chavis and catching prospect Connor Wong have been up with the big-league club in the interim.

“They’re progressing well, both of them,” Cora said earlier Monday afternoon. “Kevin, as you guys saw, he caught Chris [Sale’s] live BP. Christian and Kevin, they should be hitting right now outside. So they’re moving well, they’re feeling better. So they seem like this is going to be something short and they should be with us sooner rather than later.”

The Red Sox will wrap up their seven-game homestand against the Royals on Thursday afternoon before departing for the west coast for the start of a two-city, six-game road trip on Friday. That may be something to keep in mind in regards to upcoming roster moves.