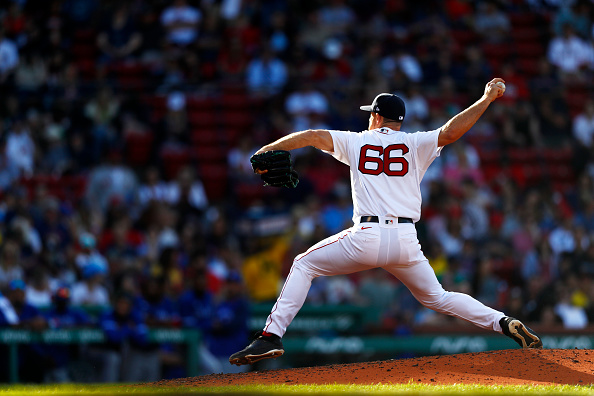 Just three days after designating him for assignment, the Red Sox have outrighted right-handed reliever Brandon Brennan to Triple-A Worcester, the team announced prior to Wednesday’s game against the Braves.

Brennan, who turns 30 next month, was initially called up from Worcester last Thursday so that Boston could add a fresh arm to its heavily-used bullpen.

In his lone appearance with the big-league club, Brennan tossed three scoreless innings of relief while allowing three hits and two walks to go along with one strikeout when working in relief of Nick Pivetta in Saturday’s 7-2 loss to the Blue Jays at Fenway Park.

Because he worked three innings on Saturday, the 6-foot-4 hurler essentially became unavailable for the remaining two games of that series with Toronto, which led the Sox to designate him for assignment in order to add fellow righty Ryan Weber to their 40-man roster on Sunday.

Weber, as you may recall, got lit up for 11 runs over 5 2/3 innings in his season debut, and he, too, was designated for assignment earlier this week so that Boston could add recently-acquired reliever Yacksel Rios to the 40-man.

While he does have minor-league options remaining, Brennan winds up clearing waivers and remaining within the Red Sox organization.

Boston originally claimed the California native off waivers from the Mariners in early May and subsequently optioned him to Triple-A Worcester.

In eight appearances out of the WooSox bullpen thus far, Brennan has posted a 2.16 ERA and 1.32 WHIP over 8 1/3 total innings pitched.